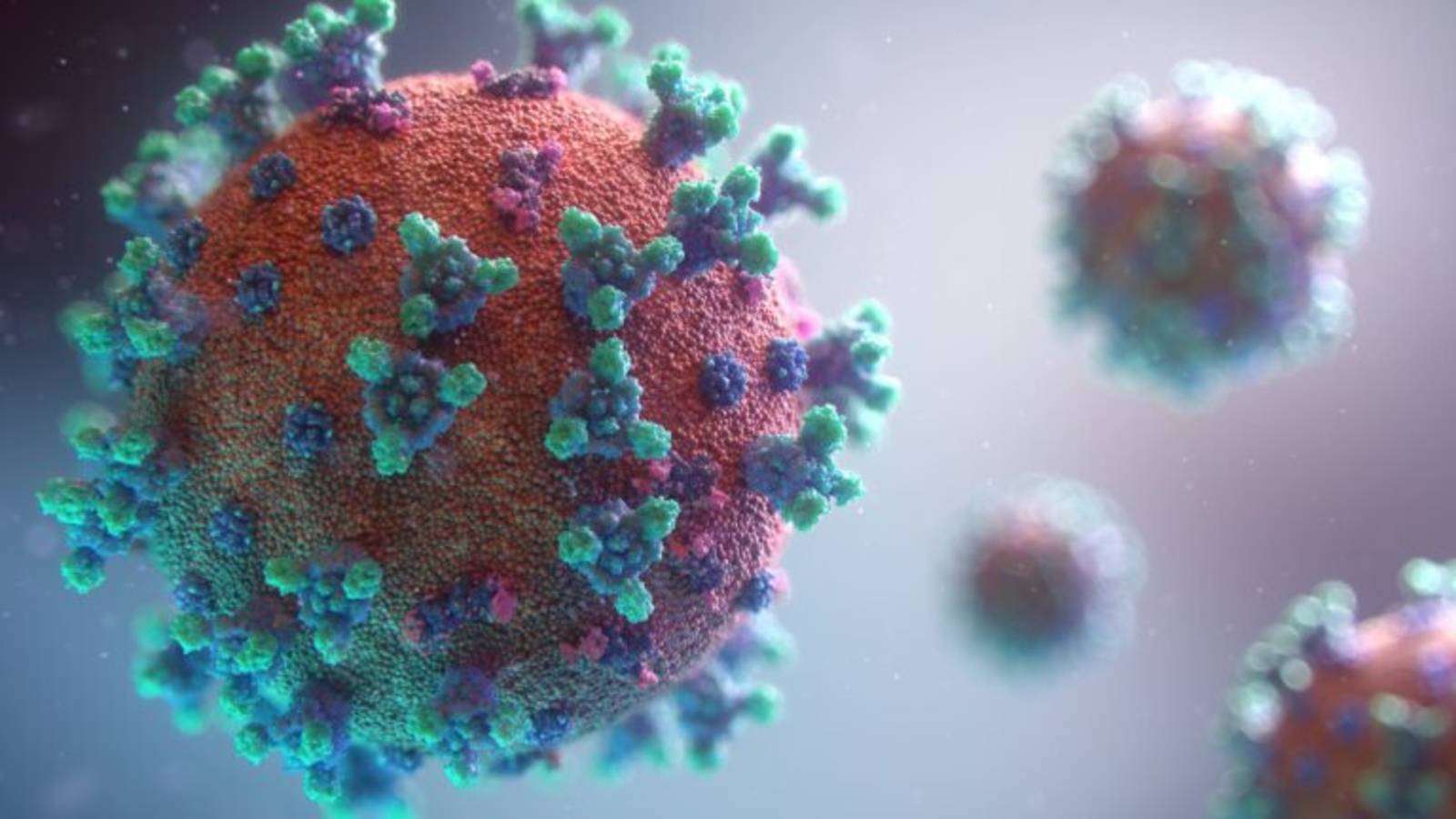 Enlight Studies together with Utblick Göteborg start an article exchange collaboration as a testimony of mutual learning, practice exchange, and stimulating analytical thinking

A little more than a year into the global spread of Covid-19, the obstacles to ending the pandemic are still many. Accompanying issues of production and distribution regarding vaccines and medicines is a “parallel crime pandemic”, as Interpol Secretary General Jürgen Stock chose to call it. In December last year, the organization issued a global alert, warning their member countries of organized criminal networks targeting vaccines. This parallel pandemic, however, has proven to take many shapes, with the common denominator of threatening people’s lives and obstructing the solution to the pandemic.

“I booked a few hours in advance, it was very smooth”. In February this year, the Swedish newspaper Göteborgsposten revealed that a web link, aimed for healthcare workers to book a time for their vaccination, was accidentally leaked to the public. Quoted above, is a woman who was actually part of the last priority group to be vaccinated, but who, like multiple others, took advantage of the leak and was vaccinated ahead of her turn.

Individuals who jump the vaccine queues have become a widespread issue across the globe. Often, but not always, as illustrated in the Swedish case, it is people in positions of authority who take the vaccine as well as enable their relatives to get vaccinated ahead of time. Peru, for instance, had a scandal in February this year when about 500 government officials got vaccinated in advance. Spanish officials in turn caused rage on social media for jumping the vaccine queue in January. While individual crimes like these may seem like grains of sand in the vast desert in comparison to solving the ongoing pandemic, each of them threaten the lives of people whose doses will be delayed. Together, these crimes also constitute another obstacle, by disrupting the most effective vaccination order and therefore pushing the end of the pandemic further away.

Individual crimes are, however, far from the only covid-related criminality seen in the wake of the pandemic. The lack of medical supplies such as oxygen in multiple countries has led to an enormous expansion of the black market, a growth of more than 400 percent. Organized criminal groups steal and then sell oxygen for at least three times the actual price to desperate people trying to save their loved ones’ lives. In Mexico, the Mexican National Guard has had to protect trucks transporting oxygen tanks, since organized criminal groups have started to hijack them to make a profit on the black market. “Oxygen right now is like water”, the Mexican doctor Alejandro Castillo said to the New York Times in February. “It’s vital”. According to Mexico News Daily, Oxygen tanks have been sold for as much as 30,000 pesos on the black market compared to the normal price range between 4,000 and 7,000 pesos. This threatens the lives of poor people, since they can no longer afford oxygen, and obstructs the solution of the crisis since hospitals are not receiving the oxygen that they need. The Mexican authorities constantly work to take down web pages manipulating prices and/or defrauding consumers, finding that besides selling oxygen expensively some never deliver the products or sell fake oxygen instead.

Another country experiencing similar issues is Peru, although the lack of oxygen has made some private producers of oxygen start donating the medicine to help people who cannot afford it on the black market. Juan Torres Baldeón, a Peruvian lawyer and businessman, estimates that he has helped out 8000 families by giving away free oxygen from his oxygen plant. However, Baldeón as well as other local heroes, have received threats from organized criminal groups trying to force them to hand over their productions. Threats, which in the case for Baldeón also led to real consequences, as he found his house on fire one day because he did not comply with the criminals’ demands.

The organized criminal activities outlined above pose great challenges to fight Covid on a national level. First and foremost, they threaten the lives of the inhabitants, especially the poor, who can no longer afford the oxygen they might need to survive the disease. As such, countries with high levels of these crimes might also be likely to experience high death rates of the poorer parts of its population. Second, organized theft of oxygen complicates the national efforts to combat the disease since hospitals do not receive the oxygen that they need to cure people.

However, as observed by many studying globalization, actors, including criminal ones, tend not to stay within state borders but to expand and cooperate on a global or international scale. The criminal networks connected to the Covid-19 pandemic is no such exception and in March this year,Interpol announced that South African authorities, thanks to international cooperation, had seized fake vaccines from a warehouse in South Africa. The almost 2 400 doses of fake vaccine as well as fake 3M masks that were confiscated proved to belong to an international criminal network, and both Chinese and Zambian criminals were arrested. The strike came just a few months after Interpol’s global alert, warning its member states that organized criminal networks might target the Covid-19 vaccines.

While welcoming the successful international work that led up to the confiscation, Interpol’s Secretary General Jürgen Stock remained worried, saying that this was probably “only the tip of the iceberg when it comes to COVID-19 vaccine related crime”. Interpol have received multiple reports of fake vaccines aimed at for instance nursing homes and other health bodies, and private IT security providers have found more than 1200 vaccine ads and sales of fake vaccine certificates on the darknet. Interpol has expressed deep concerns about these kinds of crimes, where criminal groups often use very similar aesthetics as legitimate pharmaceutical companies on their websites, and claim to be national or global organizations where people can buy the vaccine in advance.

The scams not only threaten people’s health or even their lives as they are not safety-checked, but also carry the risk of people starting to act less cautiously since they believe that they are protected against Covid, as observed by the Infectious Disease specialist Judy Stone. As such, Stone concludes that these scams threaten not only individuals but everyone since we will not be able to stop the disease and its further mutant strains until the real vaccine has reached a majority of people.

In combating the transnational criminal networks, Interpol emphasizes the importance of strong cooperation between states. However, as much as we have seen successful collaboration such as the seizure of fake vaccines and masks in South Africa, there has also been troublesome relations between some states, accusing each other of spreading disinformation campaigns about one vaccine in order to promote another. At the beginning of March this year, Wall Street Journalreported about an official within the U.S. State Department claiming to have found four websites where Russian intelligence agencies had tried to undermine the trust for Pfizer’s and other Western vaccines. This by publishing exaggerations about the risks for side effects, doubts about the vaccines’ efficacy and claims that Pfizer’s approval process was rushed, to name a few. Russia responded to this by saying that such allegations were absurd and that Russia has always opposed politicising vaccines. However,only a few days later, Russia accused the U.S. of preparing a similar disinformation campaign to undermine the Russian Sputnik V vaccine and trying to bias the preferences of European and other countries with whom the U.S. have signed, or want to sign, vaccine agreements for their domestic vaccines, particularly Pfizer’s. These alleged disinformation campaigns create yet another obstacle for solving the pandemic since it will take longer to convince people to get the vaccine if misinformation is spread.

The “parallel crime pandemic”, as the Secretary-General of Interpol has called the global upswing of crimes related to Covid-19, has proved to take many shapes; from individual frauds in the pursuit of freedom and safety, to organized criminal groups exploiting desperate people in the search for money, and finally to states looking to promote their own vaccines at the expense of people’s doubts about other vaccines. While diverse in form, they all share a common point in that they threaten people’s lives and make it harder to solve the ongoing crisis.

The cure for this pandemic is to be found in cooperation and in remembering that we are all fighting the same enemy which makes selfish actions useless and hurtful for everyone. In the absence of herd immunity new mutations will arise, to which our current vaccines might not be enough and, consequently, we will be back on square one. We must also work with what is causing covid-related criminality in the first place, especially paying attention to the fact that black markets expand where there is a lack of vaccines or medicines. As such, the criminal obstacle should therefore be added to the list of the already many reasons to why a globally fair distribution of vaccines and medicines is necessary.