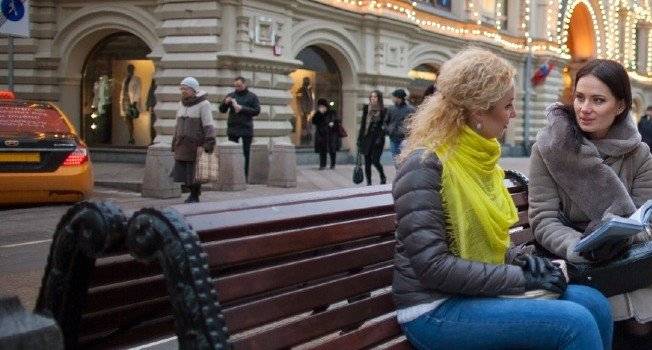 Acquiring independence Armenia gave freedom also to numerous religious institutions preaching in its bosom, which increasing strength provoked new problems for newly independent Armenia. Nowadays, a number of religious institutions have taken root in already “mature” Armenia, which endangers the steadfastness of the fighting country. In case of small nations and states like Armenia every slight dissidence and social disagreement have their emphasized negative role in decisive moments causing numerous problems.  The “Christian religious organization of Jehovah’s Witnesses in the Republic of Armenia” is also included in the list of registered religious organizations in Armenia. The members of the organization have many distinctive features of behavior that need a special attention. This analysis hereby attempts to present some brief information about the creation of the Watch Tower organization, the peculiarities of the doctrine and its activities in the RA. It is necessary to note also that according to the data posted on the website of the RA government there are 66 officially registered religious institutions, however, many clergymen and theologians state that the number of those religious institutions in the Republic of Armenia reaches almost 200.

Jehovah’s Witnesses (officially called the Watch Tower Society) are the most zealous publishers and evangelists among the followers of western various doctrines. According to the datum posted on their official website Jehovah’s Witnesses operate in 239 countries in the world. The group claims a worldwide membership of 8201545 baptized Jehovah’s Witnesses, 9499933 Witnesses, who, though are not baptized, study the Bible and are in contact with the institution (the number is relative- it is taken from Jehovah’s Witnesses’ official website), about 115416 convention attendances and an annual Memorial attendance of 1995019 figures. Another interesting fact is that the edition of their magazine has increased from annual 6000 copies reaching 400 million in the course of 100 years. It is published in about 150 languages, including also Armenian. We consider it necessary to mention that a number of religious organizations including Jehovah’s Witnesses, publish their literature also in Western Armenian for the diaspora Armenians, which perhaps gives rise to worries.

The institution was founded by Charles Taze Russell, who was born on 16 February in 1852 in the state of Pennsylvania, the USA, in a family of Protestants. In 1870s Russell, who did not have theological education, organized analytical and cramming studies of the Bible. Soon he started pastoring and after a short while he gained groups of followers from the residence nearby. Adventists had a large prevalence during those years, whose influence was spread on Russell in some extent as well. Adventists had done calculations for Armageddon, according to which Jesus Christ has invisibly been on the Earth since 1874. He should have come to preach for 3.5 years and ascend to the Heaven with saints in 1878. However, very soon those fake calculations exhausted their power causing a dissidence for Adventists’ community, which paved a fertile way for young Russell. It should be mentioned that later on Russell establishes another date predicting Christ’s invisible return for 1914. This prediction of Jehovah’s Witnesses turned out to be wrong and other dates followed that one. According to them Abraham, Isaac, Jacob and others must have resuscitated and returned onto the Earth on 1925. As the prediction did not take place the institution had to mention a new date every time and soon it even did some changes in the doctrine.

According to researchers Russell did not do new additions to the Adventists’ doctrine. He changed only the calculating methods and rejected the Holy Trinity. In 1879 Russell established the magazine “Zion’s Watch Tower” or “Herald of Christ’s Presence”, where he published his interpretations of the Bible. Russell founded “The Watch Tower Society” in 1889.

According to the data provided by his followers Russell has recited more than 30000 sermons and has written more than 50000 pages through his life. Joseph Rutherford came next to Russell who introduced the name “Jehovah’s Witnesses” for the Watch Tower at a convention in Columbus town in 1931. Some researchers ascribe the massive development of the institution to Rutherford. He moved the center of the institution to the suburb of New York, Brooklyn. Rutherford divided the Witnesses into 2 classes: 144000 “anointed” and “great multitude” (who would live not in the Heaven, but in a paradise restored on the Earth).

According to the data published in the official website of the institution, the latter has started operating in Armenia, still, since the Soviet years; since 1877, according to some Russian sources. Actually they appeared in Tsarist Russia and during the Soviet years they were chased and banished.

The Organization of the “Watch Tower Society”

In 1971 a drawing was printed where Jehovah God was on the top, Jesus Christ underneath his picture and underneath Jesus the picture of the Governing Body. The whole earthly leadership obeys the latter. The Witnesses call the institution “Mother” for the huge role it possesses: “We should recognize Jehovah God not only as our Father, but also his institution as our Mother” (“The Watch Tower, 1957, 1 May). The Governing Body is considered as the only true mediator on the Earth for contacting with the God. Their godfathers claim that the Bible should be read the way the “Watch Tower” preaches.

It is the Governing Body that gives all the commands and instructions which serve for the functioning and viability of the institution. The Governing Body, nowadays, consists of twelve anointed old men who represent the divine class. These anointed members of the divine class are members of the 144000 “anointed” class will be resurrected at death to join the heavenly class. The members of the institution obey that class implicitly. The divine class is considered to be the only and the most important authority for every ordinary member whose every instruction is regarded as divine, derived personally from Jehovah.

The union of regional conventions is called Branch, the union of Branches is the Zone and the highest link is the Central Headquarter, which is located in Brooklyn.

Every Jehovah’s Witness is an evangelist, who distributes books in populous places. The members are obliged to visit contingent houses and to preach the “good tidings”. The evangelist preaching more than 100 hours a month is called pioneer, thus a pioneer must distribute books outdoors 3-4 hours a day in average. This index is rather high and in case of a good arrangement they can bring the “good tidings”; instructions from Brooklyn to every citizen of a city with a million of population in several years. The annual average plan of the evangelists is 1200 hours. To be successful in preaching the members of the organization attend various group studies to improve their speech, correct and fluent articulation, the sonority voice, its appropriate vibrations, self-control and a number of other features. They possess high skills of treating and contacting people, thus securing a stable flow of people into the organization. The book “Benefit from Theocratic Ministry School” which is widely used in the circle of the members of the religious organization, is of a special interest, and it is for serving the needs of the school of the same name and is given to “devoted people”. According to the data of the organization, millions of individuals in more than 200 countries throughout the world use the book every week. This theocratic education is free regardless age, ethnicity and education.

At the end of every theme there are also exercises which help to strengthen the acquired knowledge and to implement everyday preaching activities. The handbook is composed in the second person, which makes the impression as if the author talks and gives advice to the reader. The advice reaches several hundreds and the succeeded organization is the proof that the application of the advice brings to the desirable result. The pieces of advice are held in a handbook consisting of almost 300 pages. (We are aware of this handbook only, however, we do not except the existence of other such handbooks). The messages in the handbook are conveyed by detailed text, which includes examples. This very method is the one that is more perceptible and applied for middle-educated individual. The right psychological approach during the preaching makes the likely success possible. It is not casual that many Jehovah’s Witnesses, who do not comprehend their doctrine enough, are able to succeed in preaching. Nowadays people need a simple attention and a good friend, which role the representatives of the Watch Tower assume. When no source of love remains in the surrounding, the person starts to look for such to meet his spiritual needs. Disappointment, emotional shock might be so impressive that one might lose the ability of orientation. In the end, this or that incompatibility of the doctrine is of no interest to the citizen busy with everyday troubles. The most important for him is the satisfaction of his spiritual requirements, which is secured by the confirmed members of the organization. This is the mechanism by which Jehovah’s Witnesses operate also in Armenia, which we can witness even if walking for long in the streets of Yerevan. Jehovah’s Witnesses entering newly independent Armenia have managed to become an unconquerable rival for other such religious organizations nowadays. According to the data of 2014 of the Watch Tower organization there are 11500 Jehovah’s Witnesses in Armenia: it is the amount of the members of “Evangelist”. Perhaps the number would be tripled if Jehovah’s Witnesses publish the amount of the people who are interested in the organization.

One more fact should also be mentioned: many religious organizations do not invite individuals openly to join their “family”. They employ different methods, for example, they might do invitations for free English or other language courses, for computer or other tempting courses. There might be also offers to meet a miraculous doctor or an interesting person. Especially many people are concerned about their health and might be caught in a beforehand set trap. The members of such organizations might approach one on the street and invite for a study circle, for example, “How to Attract a Representative of the Opposite Sex”, “How to Reveal Inner Abilities”, etc. It is also common in Armenia to meet such representatives of religious organizations who do invitations for a youth feast or a dancing party (especially club parties), which they organize in their “churches”.

Ghevond Mayilyan has marked out the following specificities of the doctrine of Jehovah’s Witnesses in his book “Modern Sects in Armenia”:

Some theologians find resemblance between the Watch Tower organization and Arianism, which was at its zenith in the 4th century and which had tightly rolled up the general church. It was for getting rid of this that the First Council of Nicaea of 325 was held and the orthodox creed was formulated. According to Arius’s doctrine the Son of God did not always exist, but was created by God the Father. The trajectory of this doctrine existed through centuries, but it had not had a significant manifestation till Russell.

Summarizing the brief data on the theme of Jehovah’s Witnesses we are citing a passage from the book “The Deceivers” of McDowell and Stewart: “Sincerely and with a true intention we advise Jehovah’s Witnesses to follow the following instructions of the Watch Tower organization: “We must study not only the things we personally believe in, but also the things that our leading religious organization teaches us, regardless its correspondence to the word of God or basing on human traditions. And if we love the truth, we should not fear of such examination” (The Truth Leads to Eternal Life, 1968).