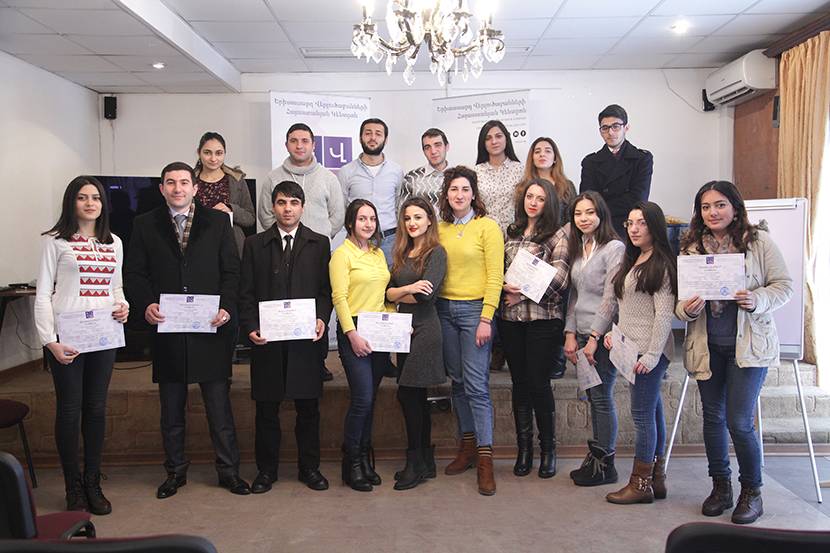 A series of interactive discussions on “Generations’ Talk on Armenia’s Foreign Policy”, dedicated to the 26th anniversary of Armenia’s independence, was widely covered by a number of media outlets. The active coverage of the lectures proves the relevance and importance of the topics discussed, enabling the public to get acquainted with the positions of experienced speakers, to study the changes in Armenia’s foreign policy during the 26-year independence.

“Hoagland’s opinion was not private, it was the state’s opinion”: N. Hovsepyan

“Now it is not that reasonable to go to that step”: A. Navasardyan

“There have been serious conflicts between Robert Kocharyan and Samvel Babayan”: M. Sargsyan

“The Ministry of Foreign Affairs should make an alarm”: A. Navasardyan
http://henaran.am/310600.html

“One should understand in Russia that Armenians do not entirely dedicate themselves to them”: A. Kochinyan

“They were closer to Ter-Petrosyan’s and Serge Sargsyan’s policies than Kocharyan’s policy”: A. Kochinyan

“Phobia is the ultimate goal to establish relations with Turkey”: G. Madoyan
http://henaran.am/310587.html

“Ter-Petrosyan said he does not know anything but if he does it’s worse”: A. Navasardyan
http://henaran.am/310523.html

“Once you’ll be allowed to go, other time you will not because you’ll slack”: Madoyan http://henaran.am/310798.html

“Armenia is like a bred dog, when it is necessary they strain it against Turks”: M. Sargsyan