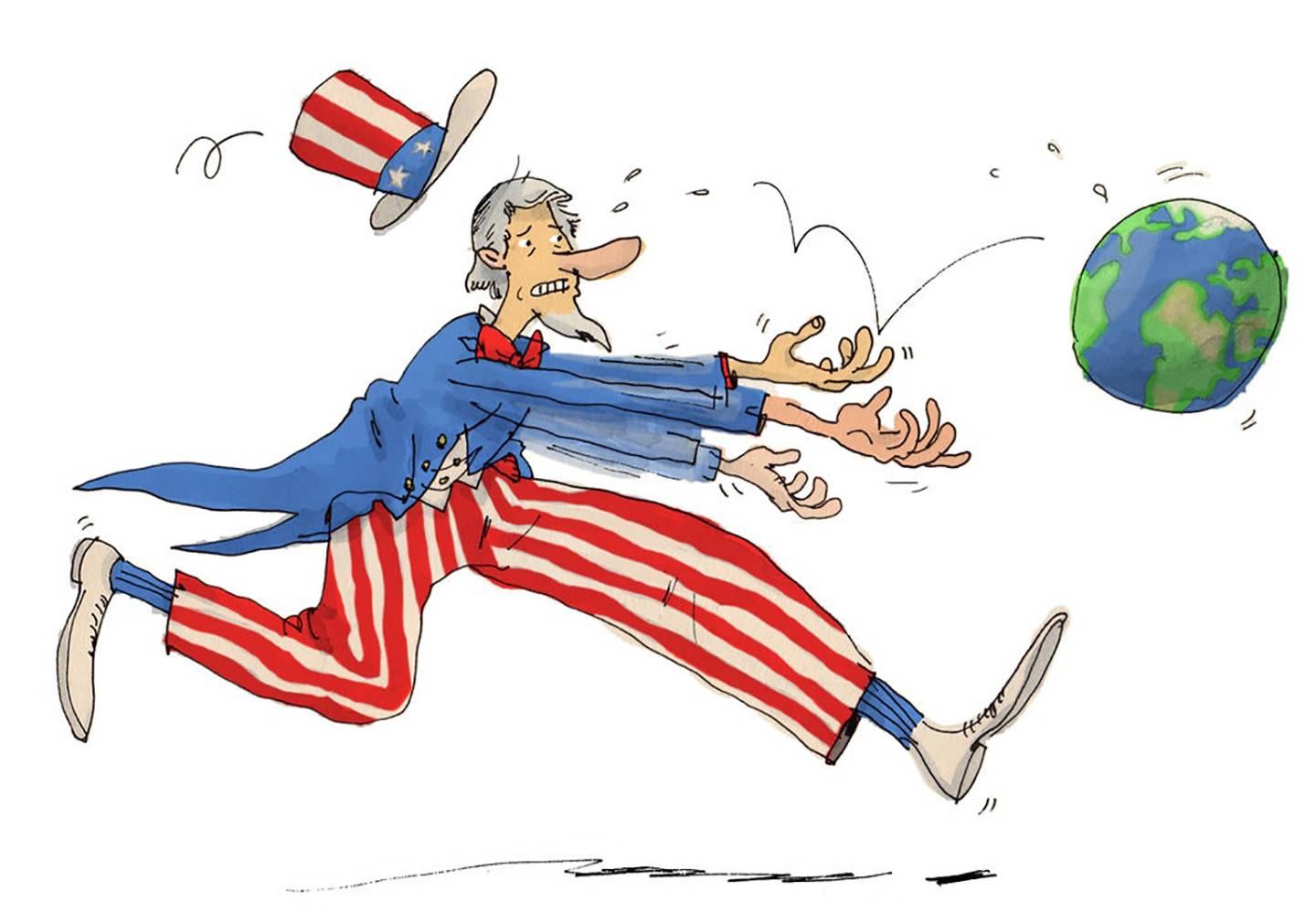 All over the world, things are getting worse. China appears to be weighing a Tiananmen Square-like crackdown in Hong Kong. After I spoke to Khan, hostilities between India and Pakistan ratcheted up further; on Thursday, fighting across the border in Kashmir left three Pakistani soldiers dead. (Pakistan also claimed that five Indian soldiers were killed, but India denied it.) Turkey is threatening to invade Northeast Syria to go after America’s Kurdish allies there, and it’s not clear if an American agreement meant to prevent such an incursion will hold.

North Korea’s nuclear program and ballistic missile testing continue apace. The prospect of a two-state solution in Israel and Palestine is more remote than it’s been in decades. Tensions between America and Iran keep escalating. Relations between Japan and South Korea have broken down. A Pentagon report warns that ISIS is “re-surging” in Syria. The U.K. could see food shortages if the country’s Trumpish prime minister, Boris Johnson, follows through on his promise to crash out of the European Union without an agreement in place for the aftermath. Oh, and the globe may be lurching towards recession.

In a world spiraling towards chaos, we can begin to see the fruits of Donald Trump’s erratic, amoral and incompetent foreign policy, his systematic undermining of alliances and hollowing out of America’s diplomatic and national security architecture. Over the last two and a half years, Trump has been playing Jenga with the world order, pulling out one piece after another. For a while, things more or less held up. But now the whole structure is teetering.

To be sure, most of these crises have causes other than Trump. Even competent American administrations can’t dictate policy to other countries, particularly powerful ones like India and China. But in one flashpoint after another, the Trump administration has either failed to act appropriately, or acted in ways that have made things worse. “Almost everything they do is the wrong move,” said Susan Thornton, who until last year was the acting assistant secretary of state for East Asian and Pacific affairs, America’s top diplomat for Asia.

Consider Trump’s role in the Kashmir crisis. In July, during a White House visit by Pakistani Prime Minister Imran Khan, Trump offered to mediate India and Pakistan’s long-running conflict over Kashmir, even suggesting that Indian Prime Minister Narendra Modi had asked him to do so. Modi’s government quickly denied this, and Trump’s words reportedly alarmed India, which has long resisted outside involvement in Kashmir. Two weeks later, India sent troops to lock Kashmir down, then stripped it of its autonomy.

Americans have grown used to ignoring Trump’s casual lies and verbal incontinence, but people in other countries have not. Thornton thinks the president’s comments were a “precipitating factor” in Modi’s decision to annex Kashmir. By blundering into the conflict, she suggested, Trump put the Indian prime minister on the defensive before his Hindu nationalist constituency. “He might not have had to do that,” she said of Modi’s Kashmir takeover, “but he would have had to do something. And this was the thing he was looking to do anyway.”

At the same time, Modi can be confident that Trump, unlike previous American presidents, won’t even pretend to care about democratic backsliding or human rights abuses, particularly against Muslims. “There’s a cost-benefit analysis that any political leader makes,” said Ben Rhodes, a former top Obama national security aide. “If the leader of India felt like he was going to face public criticism, potential scrutiny at the United Nations,” or damage to the bilateral relationship with the United States, “that might affect his cost-benefit analysis.” Trump’s instinctive sympathy for authoritarian leaders empowers them diplomatically.

Obviously, India and Pakistan still have every interest in avoiding a nuclear holocaust. China may show restraint on Hong Kong. Wary of starting a war before the 2020 election, Trump might make a deal with Iran, though probably a worse one than the Obama agreement that he jettisoned. The global economy could slow down but not seize up. We could get through the next 17 months with a world that still looks basically recognizable.

Even then, America will emerge with a desiccated diplomatic corps, strained alliances, and a tattered reputation. It will never again play the same leadership role internationally that it did before Trump.

And that’s the best-case scenario. The most powerful country in the world is being run by a sundowning demagogue whose oceanic ignorance is matched only by his gargantuan ego. The United States has been lucky that things have hung together as much as they have, save the odd government shutdown or white nationalist terrorist attack. But now, in foreign affairs as in the economy, the consequences of not having a functioning American administration are coming into focus. “No U.S. leadership is leaving a vacuum,” said Thornton. We’ll see what gets sucked into it.