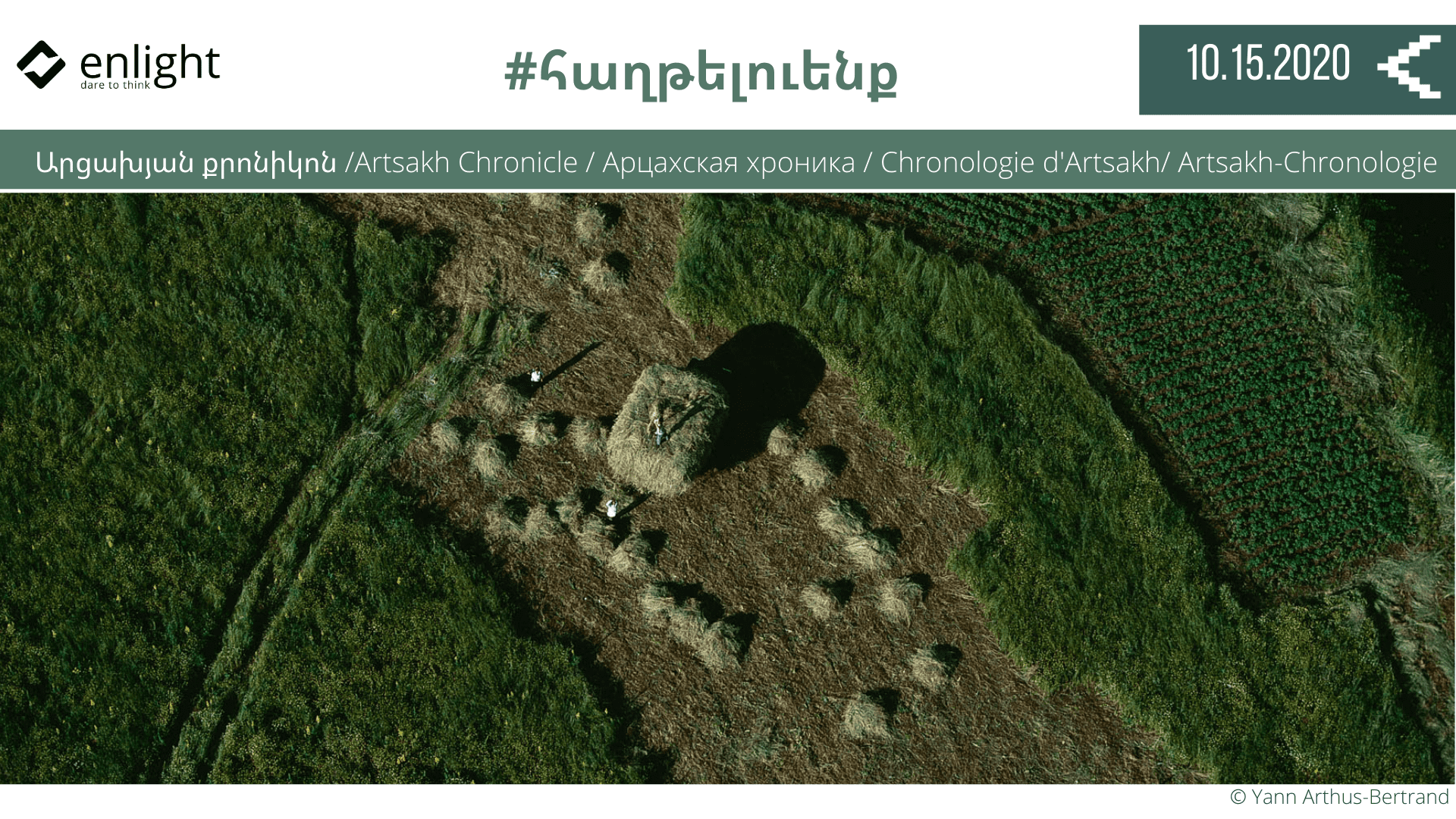 Today I’ve visited the Center of combat management of the Defense Army and awarded the Minister of Defense of the Republic of Artsakh, Major-General Jalal Harutyunyan with the military rank of Lieutenant-General. Of course, the war hasn’t ended, but the high level of combat effectiveness, professionalism, determination, and patriotism that our Army has inspires confidence and enthusiasm.

The next violation of the humanitarian ceasefire was fixed at 19:00. The Red market community of Martuni region was targetted. Azerbaijan shelled the community with the use of “Smerch” cluster bombs, preliminarily one civilian was reported killed.

Azerbaijan again violated the ceasefire agreement, reached in Moscow for humanitarian purposes. Stepanakert was shelled some minutes ago. Civilian infrastructures are targeted. Fortunately, there are no casualties and victims. State Emergency Service

There are heavy and persistent battles in the south.

At the moment, heavy battles are going on in the same directions.

The subdivisions of the Defense Army continue to control the operative-tactical situation and take steps to make the enemy forces suffer new losses.

Relatively stable tension remained in the Artsakh-Azerbaijani conflict zone overnight. In the morning, the enemy resumed active artillery fire in the northern-southeastern directions

Yesterday and today almost without armored vehicles under a very powerful artillery fire, the Azerbaijani army with columns of higher density, have been continously attacking combat positions. However, having too many losses, they were driven back without achieving any success. Somewhere the losses of Azerbaijan exceed even the losses of the first days.