Nowadays, the most popular and widespread models of corporate governance are Anglo-American, European (continental), and Japanese. The Japanese model radically differs from the first two, which is based on the principles of reciprocal shareholding, the formation of large associations with diverse participants, and the subordination of dividends. Before the current stage of development, there was a feudal system in Japan, where large samurai families controlled most of the economy. In the late 19th century, vast financial and industrial groups, known as zaibatsus, were formed, which were vertically integrated business conglomerates run by multiple families.

The aforementioned system of government could not last long, especially in the conditions of Japan’s devastated economy after World War II, since that system limited economic development due to its centralized nature. As a result of economic reforms, the former vertically centralized system was replaced by a horizontally integrated system, the structural unit of which became the keiretsu (literally a system, a grouping of enterprises). As a consequence, the current Japanese economy is characterized by a high level of horizontal centralization, interrelation of different fields  through financial-industrial groups, keiretsus, and an established culture of corporate governance.

Currently, there are seven main keiretsus: 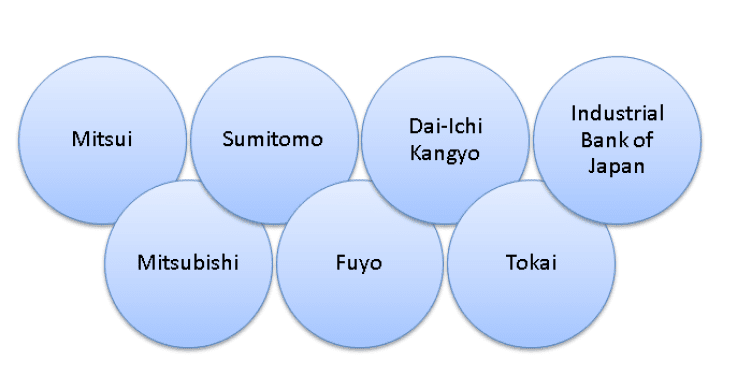 Almost all keiretsus are based on pre-existing incorporations, which have evolved from vertical centralization to horizontal integration. In particular, the Mitsubishi Corporation was founded in the 1870s. The founder is considered to be Iwasaki Yataro, who was a representative of one of the samurai clans. Taking into account his interests in the Pacific region, the latter supported the Entente in 1915, hoping to get the German colonies. Mitsubishi was then engaged in shipping and heavy industry, which promoted its development through the ongoing war. In 1916, the leadership of the Mitsubishi Corporation passed to Koyata Iwasaki, a man with progressive ideas. He was especially interested in high technologies, including mechanical engineering and aviation.

World War II also influenced the history of the corporation. It was engaged in the supply of tanks, aircraft, and other military equipment and had ample opportunity to use the resources of the occupied territories. However, after the defeat of Japan, Mitsubishi split. The division took place through the sale of shares, at the same time putting an end to the previous incorporations, the zaibatsus.

Already in the 1950s and 1960s, the country’s economy was able to make a transition from the former system. As a result of the US policy, the formation of the previous holding companies was banned, which led to the creation of a new set of companies – keiretsus. The example of Mitsubishi is more representative against the background of the development of the general economy and represents the transition from the former centralized system to the new integrated one.

Impact on the Economy

The activities of the newly formed keiretsus have a positive impact not only on the country’s internal economic situation, [1] but also on the development of exports and foreign trade. 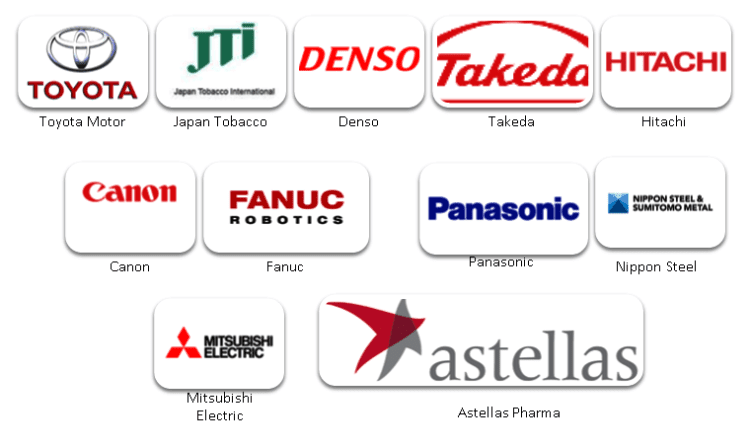 The keiretsus are mainly run by “inner circles” – the insiders. Most of the share capital (about 70%) belongs to domestic investors. Keiretsu is also characterized by high mobility within the group due to both domestic turnover, and internal staff flows among group members. The latter ensures an effective exchange of experience.

Banks, as a “core” of keiretsus, play a particularly pivotal role in their management. The bank is the largest shareholder in 16% of corporations and the second-largest shareholder in 22%. The core bank usually prepares and implements large investment projects within its group, while in the US model, for example, large owner banks avoid direct investments in the companies they own. The role of banks also emerges  in crises when it temporarily performs management functions until the situation improves. In some cases, informal decision-making also contributes to the effectiveness of problem-solving. The board of directors discusses the priority issues in the so-called “club of directors,” which relieves the organization of some formal procedures.[3]

In addition to the involvement of the banking system, other institutional units, such as insurance companies and other financial organizations, also operate within keiretsus. At the earliest stage of the establishment of keiretsus (1970), the aforementioned financial organizations owned 35% of the gross share capital, in 1993 – already 42%[4],  and in 2006 this figure reached 50%.[5] The distribution of share capital is currently the same as in the structure of shares of companies listed on the Tokyo Stock Exchange.[6]

From a financial point of view, the Japanese model is also characterized by long-term stability to the detriment of the level of short-term profitability. To some extent, the level of profitability is sacrificed, instead of it receiving stable profitability in the long run, as well as other, non-financial benefits from working with group members. As a result of the application of this principle in the 1980s, Japanese corporations had lower corporate profits than similar American corporations; instead, the intra-branch profitability did not fluctuate.

In the American model, dividend policy – distribution of dividends within shareholders – is an essential indicator for forming an opinion about ​​the general activities of the organization. In this case, the vast majority of  corporations’ owners are individual investors who follow up on prices of shares and make a decision whether to buy or sell shares. In the Japanese model, the chief owners are organizations that do not benefit from the distribution of dividends because the principle of cross holding is applied; a statement by one group to pay dividends will be followed by a similar demand from another group. Instead of distributing dividends, these funds are used for capital expansion and perspective development of the organization.

From a management point of view, the Japanese model creates a weak connection between the market value of the organization and the high-level material motivation of leadership, i.e., the bonus incentive system does not work for high-level managers. In case of a decrease in dividends, bonuses are no longer paid to the directors of the organization; however, an increase in dividends does not affect the bonus system for directors.

The principles of human resource management are also noteworthy. The vast majority of employment contracts are long-term and imply stability and loyalty. As a result, contractors are actively involved in the process of running the organization, often identifying themselves with the organization.

In terms of global engagement, foreign direct investments in keiretsus make up only 5% of the total capital[7]. Actually, the Japanese economy has high capital mobility within the economy due to its high horizontal integration, but at the same time, it is closed to foreign investments. There may be a misconception that in the Japanese model, organizations operate in a stagnant environment. However, the absence of radical change in the short run enables the creation of long-term sustainable prospects for both individual groups and the overall economy.

Thus, the pros and cons of the Japanese model of corporate governance can be summarized in the following table:

Drawing parallels between the Armenian economy and the application of the Japanese model, it is hard to imagine the Armenian economy operating under the Japanese model. The reason, perhaps, is the closed corporate culture of Armenian organizations, which makes the application of the principle of Japanese integration impossible. It is evidenced by the fact that there are more closed joint-stock and limited liability companies within our economy,  restricting the flow of capital between organizations.

The existing large organizations have a vertical centralization, which makes it impossible for the real integration of organizations operating in different spheres through the Japanese model. The Armenian economy, in addition to domestic peculiarities, cannot afford to refuse foreign investment and contribution, which is the key to building an independent economy and increasing exports.