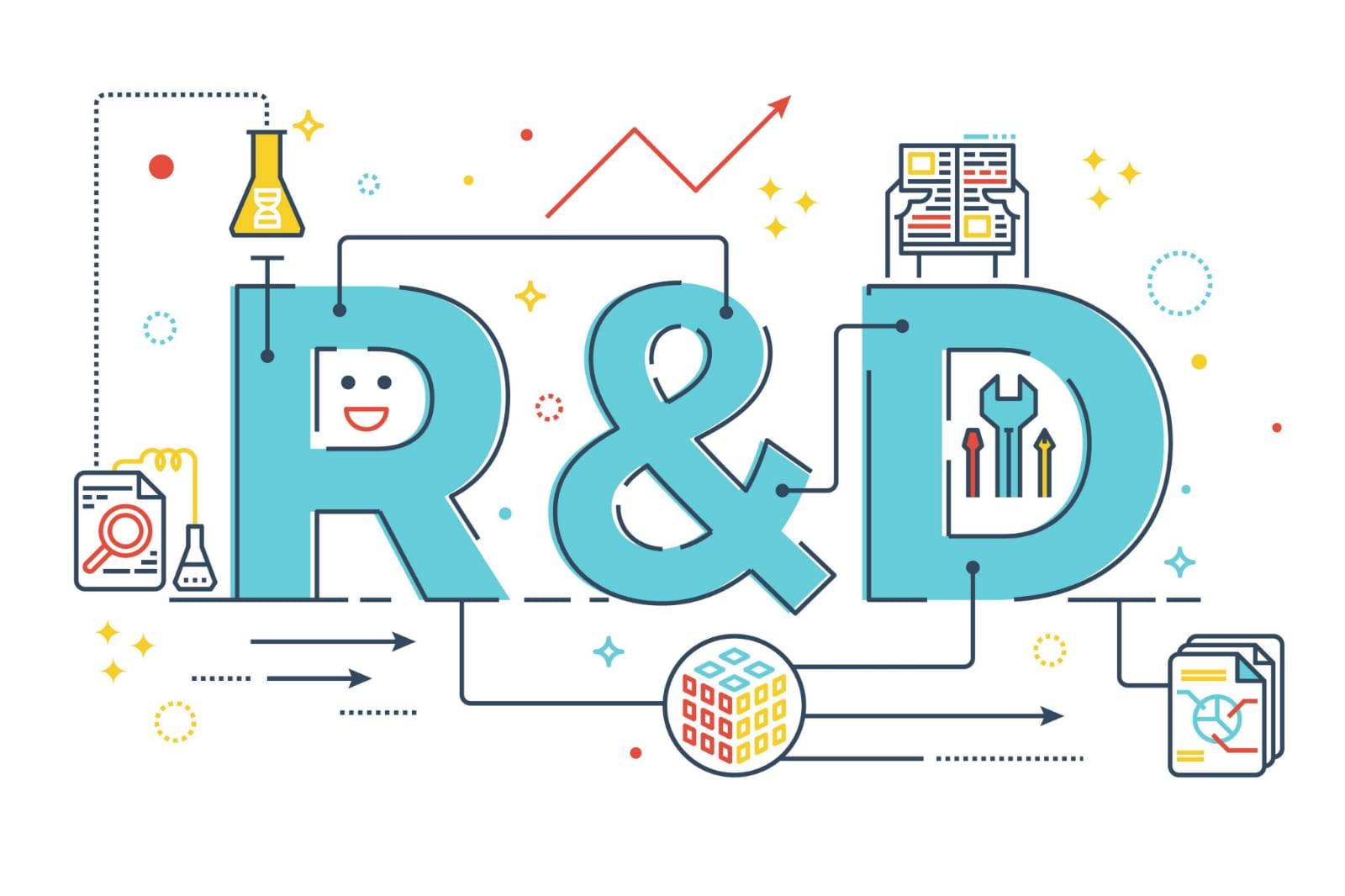 From the 1st of January 2016, the 17 sustainable development goals and 169 targets [1] have officially entered into the force following the historic UN summit in September 2015. The implementation of these goals is not legally binding; however, provision of the appropriate events and program development, implementation and monitoring are expected by UN member countries.

The 9th [2] of 17 goals of sustainable development is: “to build resilient infrastructure, promote sustainable and inclusive industrialization and foster innovation.” Innovation suggests “enhancing scientific research, upgrading the technological capabilities of industrial sectors in all countries, in particular developing countries, including, by 2030, encouraging innovation and substantially increasing the number of research and development workers per 1 million people and public and private research and development spending.” Let’s choose two keywords from here that we will discuss in the following parts: Innovation, Research and Development (R&D).

R&D: interpretation and connection with innovation.

In the 1980s, when the approaches of traditional economics were gradually more criticized, discussions over definitions and approaches of prominent Austrian economist Joseph Schumpeter became widespread, having the main accents on the Schumpeterian model of innovation, entrepreneurship, their interconnection, and economic growth. In the context of innovation, which is a cornerstone in the Schumpeterian economic growth model, vast attention is paid to the examination of R&D and its role in innovation. Meanwhile, in the vision set by the UN, innovation and R&D are perceived as ways of reaching sustainable development goals, demanding the countries to increase the number of employees in that sphere and the ratio between R&D costs and GDP.

Investopedia defines R&D as costs “connected with the research and development of the products and services of the company. The company, in general, makes R&D costs while finding and creating new products or services” [3].

The Organisation for Economic Co-operation and Development (OECD) notes that this process should be novel, creative, uncertain in its outcome, systematic, and transferable and/or reproducible [4]. In other words, these are the costs that a business undertakes – this applies to the state, universities, research centers, non-profit organizations as well, however, our analysis proposal requires to focus on the business sector- in anticipation of more significant results, which, in turn, not mentioning an increase of profitability, creates other favorable phenomena, which we will discuss next.

To this day, the ratio of R&D expenditure to GDP, the figure of expenditure per capita, the impact factor of tax to that costs, and state investments are crucial for economists’ analysis.

As the innovation and R&D investments are being discussed together, it will be difficult to imagine its examination without the discussion of the startup ecosystem and possible proposals in this direction. Startups – as the backbone of innovation- have been growing in the last decade in RA. This is especially connected with the development of the venture financing (the state investments greatly fostered the development of this branch too) the positioning of Armenian companies in the international market, the growth of alternative financing volumes (according to the results [5] of the Cambridge Centre for Alternative Finance, RA is the 9th in the world in terms of alternative finance volume per capita) and the application of specific legislative regulations and tax privileges. This attitude related to newcomers in the market is attributed to different empirical researches. For instance, the economist David Rosenberg – drawing on historical and practical experience – notes that technological innovation in various industries has evolved mainly thanks to market newcomers. Perhaps, this is one of the reasons the world pays so much attention to entrepreneurship today. Many economists like Kent Daniel and Sheridan Titman have mentioned in their “Market Reactions to Tangible and Intangible Information” that the companies with more active investments in R&D are more likely to benefit from the technical innovations, which will positively impact the market value of those companies.

As a result, governments are beginning to invest much more money in the R&D sphere and make it much more attractive for companies by investing in different legislative projects fostering innovation.

Countries’ approaches to applying, promoting, and perceiving R&D vary, sometimes leading to particular problems or the choice of wrong alternatives. One of the current issues from the perspective of technology innovation, as well as R&D, is that small companies continue to be in the spotlight of most governments. It’s worth mentioning “Harvard business review’s” reflection on this issue. Let’s highlight two key points from Anne Marie Knott’s research [6]:

The next issue is the capitalization of R&D expenses. Capital expenses are usually the costs – incurred by an entity – that create new value and, as a result, are reflected in the balance sheet as an asset. This supposes that these kinds of expenses, unlike those for marketing, are not recognized as so but are capitalized. Therefore they add to the value of any company’s assets or indicate the initial value of the resulting asset, and then- over a while- they begin to amortize those costs.

The point is that sometimes intangible assets are created as a result of R&D expenses, which the organization can use to increase its economic benefits. Meanwhile, when it comes to comparing IFRS (International Financial Reporting Standards) and US GAAP (Generally Accepted Accounting Principles) with which the companies conduct accounting (this refers to the US reality) significant differences accrue. Based on the application of principles, IFRS allows R&D costs to be capitalized if they meet the defined criteria, and it is supposed that a new asset enters the market as a result. However, rule-based US GAAP stipulates that these expenses should be recognized as an expense for the accounting period to which they are attributed. The main issues that make us think are:

This also poses a problem for the company in terms of financial analysis. To give an instance, when comparing indicators of profitability in similar industries, we will notice that one of them -making R&D expenses and deducting them from the gross income- received less profit than other similar organizations that do not make such expenditure; however, in terms of M&A (Mergers and acquisitions), the presence of R&D may play a significant role.

Possibly controversies and discussions are pretty numerous, and experts have not yet reached a consensus. However, these costs also need to be addressed from a tax perspective. In essence, in terms of financial accounting, entities are subject to IFRS, while the tax “rules of the game” are set by the state, and the international experience, if necessary, is mainly used for projections and to keep monitoring over tax policies. The feature of tax policy and methodology is that it was historically regarded as a “monopoly” of state independence. Perhaps this is one of the reasons the EU applies coordination of tax policy rather than a harmonization approach.

For several decades now, the technological and globalizing world continues to adapt and develop the idea and application of tax credits. First of all, let’s try to understand which are regarded as tax credits and let’s speak about R&D credits (there are tax credits for both businesses and individuals, but we will discuss them from a business perspective).

In terms of taxation, tax credits are considered the expenses which are being reduced not from gross income but from tax liability amount (mainly are used in the USA, UK and a number of EU countries ). For example, suppose a company in the United States spends $ 10,000 on R&D, and the gross income is $100,000. In that case, we will not deduct $ 10,000 from $ 100,000 to determine the tax liability on the basis of the received tax, we will rather calculate the 18% income tax rate (the credit is applied to the entire liability arising from different types of taxes. The profit tax is given for a simple explanation) instead of $ 16,200, and will apply the profit tax rate to $ 100,000, receiving $ 18,000. Then we will reduce the cost of $ 10,000 R&D from the accepted tax liability to $ 8,000, which will be the amount of the company’s final tax liability. It turns out that with the help of R&D tax credit, the company paid $8200 less tax, which is, of course, profitable for the business. This, perhaps, refers to software, engineering, environmental and biological, manufacturing and design companies, whose gross revenue for the given tax year does not exceed $5 million. Companies can reduce $250,000 R&D amount from tax liability amount in one tax year [8]. The main purpose of this is the development of scientific thought and its preservation within the country, as well as the promotion of innovation.

The application of the 10% income tax rate gives reasons for thinking. In fact, the need for tax privilege is connected with the development of IT companies, 0% profit tax is definitely directed to it, it gives a boost to growth. However, the deduction of the income tax rate is not aimed at companies, but at individuals, since for the company, the salary is entirely an expense, the company is just a tax agent to pay income tax instead of an individual; and, in fact, it is not important for employer how much tax that employee will pay from that amount. It can also bring an artificial movement of employers from one sphere to another. We think it will be advisable to apply tax credits instead of this. Let’s substantiate why:

Agreeing with this point, we should mention that the increase of scientific potential and rapid development of applied sciences in RA is also a great necessity, especially in the corporate sphere. The 2017 report of “Enterprise Incubator Foundation” states that 77% of companies surveyed noted the lack of highly qualified employees as the main stymie of ICT activity. Based on the UN Armenian office’s data [12], R&D is only 0.24% of GDP in RA and the number of R&D specialists per one million population is only 1231 people, with the state accounting for the largest share of these costs. Compared to neighboring Georgia [13], the difference between countries in terms of both male and female specialists, the number of specialists per one million population and the ratio of GDP is not significant, while the main difference is that the largest sector in Georgia, which makes this expense, is universities.

Considering the observations and discussions mentioned above as well as the need for continuous innovation in the economy, the efficiency of the introduction of various tax mechanisms, we think that investment of tax credits and the development and implementation of other economic and tax policies will enable Armenia to fulfill its international “obligations.” It will stimulate the development of scientific thought and the continuous growth of the startup ecosystem, making RA “Silicon Valley” not only in the post-Soviet but also in European regions.