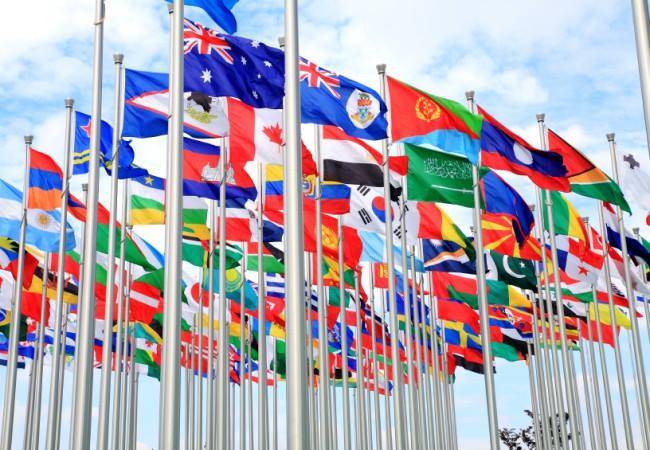 The main features of developing countries

In the 60-s of the 20-th century the colonial system collapsed, as a result of which former colonies achieved political independence thus becoming autonomous states and forming the system of developing countries.

According to the first approach, non-members of the OECD are considered to be developing. The main drawback of the given approach is the fact that Turkey and Mexico are OECD members which are not developed at all. As claimed by the next approach countries suffering from food, healthcare, education and social problems are developing. Many people are impoverished and die in famine. The population is illegitimate, birthrate excels GDP, as a result of which the state passes laws in order to reduce the birthrate. As reported by the United Nations Statistical Division there is no clear definition to discriminate between developed and developing countries. It is noted, that the aim of using terms of developing and developed countries is a professional convenience, which does not describe economic development and breakthroughs of the given state. The common approach is that developing countries are those with the low level of GDP.

We should note that many of these countries have managed to overcome extreme poverty. Nowadays living standards of the residents is better than earlier. The manifestation of this was the economic growth of some countries in the 80-90s. For instance, Botswana excelled Poland, Belarus and Baltic states in terms of GDP per capita (5580 dollars) in 1995[i]. To put in a nutshell, sometimes even underdeveloped countries overcome their backwardness. The above mentioned does not mean, that the world becomes united and all of the states will become equally developed in one day. Minor changes do not mean that such problems, as poverty, backwardness, illegitimacy are already solved.

It is not mandatory for developing countries being in the same category to have the same directions, criteria and perspectives of economy. Sometimes these countries share common characteristics: otherwise it would be worthless to classify them in the same group. Here are some of the characteristics.

Now we are going to compare the socio-economic indices of Armenia with some developing countries.

As we have already mentioned that developing countries are characterized by low-level of life-standard, which is conditioned by the low level of GDP per capita and incomes, as well as by the drawbacks in the sphere of education and healthcare. In many developing countries GDP per capita is 950-1000 dollars (Tanzania, Chad), but there are countries (Argentina) where the GDP is 17500 dollars. The GDP per capita of Armenia during the 2015 year was 3534 dollars (318 dollars lower than during 2014), which is a low index demonstrating the weakness of our economy, but in general Armenia is a mediocre country among developing ones. As determined by the International Monetary Fund (IMF) Armenia is ranked 117-th among 186 countries. We should also note that the above-mentioned index in Russia was 9054 dollars, in Georgia 3788 dollars, in Azerbaijan 5739 dollars. The lowest rate of GDP per capita is in Burundi (305 dollars). According to the “strategic program of perspective development of 2012-2025” approved by the government of RA it is planned to increase the GDP to 10000 dollars.

It is not a secret that many developing countries can compete with developed ones from the angle of their indices. Particularly, according to the ranking table of the World Bank, China which is considered to be a developing country, takes the second place after the USA. Brazil is in the 7-th place, India the 9-th, Russia the 10-th, South Korea the 13-th, Mexico the 15-th and Indonesia the 16-th. Armenia takes the 135-th place. The World Bank has taken into consideration the data of 193 countries, which means that Armenia takes mediocre places. To be objective we should note that the incomes in Armenia are very low. In the conditions of today’s high prices a resident receiving minimum wage (55000 drams) cannot fully satisfy his/her needs and be socially secured. On the other side of the coin are people with high incomes, as a result of which it is very difficult to form a middle class, which would boost the development of the country. Such a polarization of incomes is intrinsic to all countries but it is clearly demonstrated especially in developing ones.

The sphere of education is considered to be a vulnerable topic for many developing countries. Undeniably, 1/5 part of children attending to school abandon their education, because they are to work and provide support for their family. Accordingly, education is given second or even third place. The countries of South Asia and Africa are severely affected by the problem of education with only 67% of population having access to primary education. For this reason, 776 million (2/3 of which are female) adults and 300 million children in the world are considered to be illegitimate (11% of the population of Brazil is illegitimate, in Niger 33%, in India 39%, in Egypt 44$). The data published by the World Bank provide us also with the information that developing countries allocate the major part of their GDP to education, unlike developed ones. For example, Cuba allots 12,9 % of GDP to education, while the percentage of money allocated to education in France and Great Britain is 5.9% and 5,6%. Moreover, the proportion of money given to education in USA is 5.4%. At first sight, it seems very odd, but if we compare the sizes of GDP in developing and developed countries, everything will become clear. Unlike many countries not having even school curriculum, the education in Armenia is in upper medium level. School education is obligatory and free, as a result of which the percentage of illegitimate people is very low. There are 1393 educational institutions in Armenia. Many people enter higher education institutions. The state allocates 2-3 percent of its GDP to education. Besides Armenians are inclined to study, which is proved by the research of UN, according to which Armenia is ranked 63-th among 187 countries[iii].

Developing countries are also characterized by high level of corruption, which influences the economic development impeding the access of state subsidies to some spheres (road-constructing, education, healthcare, justice). Transparency International has studied and determined the index of corruption for 168 countries. According to the results the least corrupt country is Singapore taking the 8-th place. Uruguay, Qatar, Chili, Israel, the UAE, Taiwan and Israel are next least corrupt countries behind Singapore. Armenia was ranked 95-th (our partners Belarus, Russia and Kazakhstan were ranked 107-th, 119-th and 123th). Heritage foundation, in its turn, has measured the index of economic freedom. Armenia was ranked 54-th among 178 states. According to the organization, deeper institutional reforms are needed in areas like judicial independence and government transparency. Although Armenia performs relatively well in many categories of economic freedom, we should mention that the rate of corruption here is high and the government has established a council in order to fight against corruption. On the other side, there are amiable relations between government and business class, which in its turn contributes to the expansion of corruption. Studies have shown that in those countries which fight against corruption, small and medium entrepreneurship grows 3 times faster and the state incomes increase for 4 times. In reality, the best way to fight against corruption is the involvement of society in the process of the solution of this problem.

[iii] Education index shows the level of legitimacy of the population. It is used in order to calculate the index of Human development.