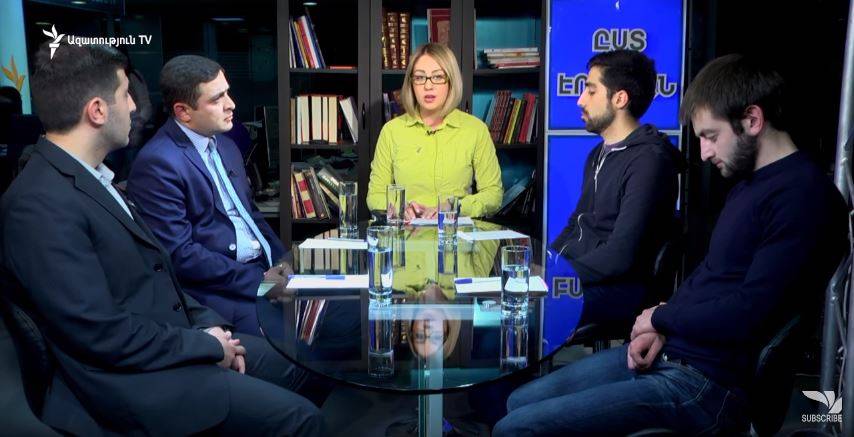 The topic of the discussion was the consideration of the draft law “On Status of Military Service and Serviceman” which has recently raised a wave of protest among students. Members of the “For the development of science” movement, coordinator David Petrosyan and Hayk Zakaryan as well as YSU Associate Professor Menua Soghomonyan also took part in the program.

The participants discussed the points and provisions of the “About Status of Military Service and Serviceman” bill which are controversial on the one hand in the field of science development, on the other hand, in country protection.

ACoYa president Areg Kochinyan presented his position on the bill, as well as on the “For Science Development” movement underlining his ideas about the problems of science and defence fields. He also mentioned the shortcomings of the bill emphasizing that if the bill had been presented more literate and affordable, maybe there weren’t be such movements. ACoYA president also paid special attention to the lack of researches in the culture of adopting bills in our country which in most cases is the reason or becomes a standpoint of rebellions and protests.

You can watch the program through the following link.