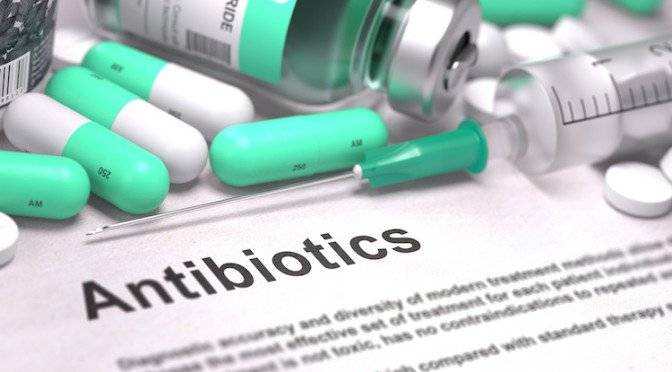 Antibiotics are chemicals produced by microorganisms or synthetic materials that are capable of stopping the growth of bacteria and other microbes, leading to their destruction. Antibiotics have different influences on organisms. Impact can be either weaker or stronger, longer or shorter. It is also possible that the substances do not affect the body at all. Some antibiotics may be used in the treatment of chemotherapy, acute mycotic infections, but some of them are highly toxic, even lethal. Despite the great impact on prokaryotics, antibiotics are almost powerless in the fight against viruses.

Until the 20th century, thousands of people died of pneumonia, dysentery, typhus, sepsis, tuberculosis and other similar diseases. The healing cases were rare. Such a diagnosis predicted death. Everything changed after antibiotics were discovered.

In 1928 September, Alexander Fleming returns to his laboratory after a month’s absence, where he has thoroughly studied staphylococcus. On one of the samples, Fleming notices mold. The colonies of Staphylococcus that existed instead of molds, were disappeared. Fleming called the fungus penicillin. 1929 Fleming presented his discovery, but at the same time it did not bring much admiration to contemporaries as penicillin was not a stable material and lost its useful properties as a result of short-term maintenance. Fortunately, the efforts to improve penicillin did not cease. In 1938, scientists H. Florin and E. Chen were able to get clean penicillin. 1941 A fifteen-year-old boy with a blood clot was able to survive due to the penicillin.

During the Second World War, penicillin had an indispensable role. This made it possible to avoid thousands of cases of amputation, and not only that. In 1950s Penicillin has been used worldwide. Thanks to the ability to cure a number of previously deemed diseases, antibiotics gained Panacea’s reputation.

However, antibiotics are not able to fight against everything. Bacteria have been discovered since 1960s, against which antibiotics were powerless. Experts often mention that the cause is the developing, mutated bacteria, but in our opinion, besides the natural causes, the role of the patient is not little . Without being diagnosed, just hearing that antibiotics have great efficacy, they take pills and obtain residency as a result.  2014 year’s report also touched on this issue by the World Health Organization.

The RA Law on Drugs, which came into force in 1999, generally regulates the drug-related field. This does not only refer to antibiotics. It had a number of shortcomings, which made it possible to “swim” because the lack of clear definitions, drug trafficking, registration and other issues requiring further adjustment gave rise to anxiety. In order to adjust the situation to the modern relationship, on December 15, 2016  the new drug law came into force, which was an unprecedented progress compared with the previous one. The most supplemental addition, according to us, was the definition of key concepts in the field. The law prescribes the principles of state drug policy with a view to make the drugs more accessible and accessible to people, clarifying the procedure for testing, the relationship between advertising and information, more detailed drug standards, drug export and import issues, and so on. The list of drugs that have been missed by prescription has been expanded and detailed.

Since the law has been in the stage of discussion, there have been rumors that the new law doesn’t permit to gain  antibiotics without prescriptions. Free sale of antibiotics and antibiotics should be prohibited.

Article 24 of the law refers to prescription drugs. There, however, the concepts “antihyrobiotic”, “antibiotics” are not directly mentioned, unlike psychotropic means. It turns out that the sale of antibiotics by prescription has been left to the interpretation of the right subjects, which means that the law did not solve this problem. Paragraph 9 of the same Article prescribes a prescription for medicines that are “used for the treatment of diseases that are diagnosed in a medical institution, although pharmacotherapy and subsequent surveillance can be performed by a physician in outpatient conditions.” Returning to the list of illnesses treated with antibiotics, we notice that a diagnostic research is mainly needed in a medical institution. In other words, such an interpretation of the law may serve as a basis for identifying antibiotics as a list of prescription drugs. The fact that they do not justify the law, however, gives rise to misunderstanding.

For comparisons, we can draw the example of psychotropic substances. Paragraph 5 of the same Article 24 establishes that drugs containing more narcotic or psychotropic substances are classified as prescription drugs. Instead, the issue of antibiotics on prescription does not get the necessary attention. Whereas, such an initiative would have a very positive impact. Certainly, great efforts will be required for its final operation, practice  maintenance , beginning with sub-regulations.

Why should  free antibiotics sale be prohibited?

Is there need to stop the sale of antibiotics in Armenia today, what will be the problem and what negative consequences  it will  lead?

We are convinced that the free sale of antibiotics should be prohibited and the prohibition should work in practice. Many citizens use antibiotics as ordinary painkillers, sedative drugs, and anti-cold teas. The reason is that even during the most common cold, they use antibiotics without being aware that they actually do not have a major effect in the fight against viruses. As a result, the body learns antibiotics and when there is a bacterial infection that is subject to antibiotics, they do not affect with the former power. The fact that neighbors help their friend or relatives with any drug can be a good basis for using it. Symptoms of viral and bacterial infections are often similar, but in order to understand which of the two are involved, research is needed. Therefore, based on the similarity of symptoms, it is not enough.

Our compatriots attribute antibiotics with such qualities that they do not really have. For example, antibiotics affect faster than other means. The point is that the patient using one or two tablets artificially accelerates the healing process, whereas to complete the treatment you should complete the treatment course. Due to the lack of antibiotics, practically there are cases when patients use antibiotics for prophylaxis, perhaps thinking that they strengthen their immune system or identify them with irritants. Because antibiotics are considered as panacea, citizens forget that they may have side effects, such as dysbacteriosis, toxic effects on internal organs, and allergic reactions.

When antibiotics begin to be sold only with prescriptions, citizens will “respect” them based on the principle that if it is sold only by prescription, then  it’s fighting against serious illness, and self-use can lead to negative consequences. Coming to such a consciousness will result in the refusal to use antibiotics on every occasion.

There are many cases in Armenia that people apply to the doctor only  when the situation is critical. The ban on free sale will somewhat improve the culture of applying for a doctor. That is to say, patients will first be able to find out the nature of their illness and then receive appropriate treatment if necessary.

Almost every citizen faced the problem of overloaded policlinics in Armenia. Sometimes the  idea comes whether it’s worth waiting for days, it will not be faster to take independent measures, especially when the patient’s condition is deteriorating day by day or there is no positive change. Antibiotics’ exclusively prescription sale will result in increased queues, longer screening times, and quicker response to the disease. Maybe even need to go to private, paid centers. Theoretical formulation is perhaps one of the easiest tasks to solve. In practice, prohibition of free sale will be much more difficult.

Considering the negative or difficult aspects, we even think that antibiotics should be sold by a physician’s prescription, helping the patient at least realize what medication he is taking. Taking into consideration the existing conditions, it would be more realistic to recommend the free sale of narrow spectrum antibiotics and sell them only on prescriptions, and after seeing the outcome of the polyclinics’ burden and other essential problems, start selling prescriptions of a wide spectrum  antibiotics.

It’s a common practice in abroad. In various countries, authoritative medical magazines, doctors publish articles, how to use antibiotics correctly, that the dosages will maximize the benefit of minimal damage. In these articles, the problem of residency against antibiotics is presented as a preface in a predictable language.

In our case, not only individual drug names should be listed on the list of recipients, but also the entire range of antibiotics. First of all, the struggle is aimed at solving the problem rather than fighting specific drug manufacturers / importers. The world is gradually approaching the post-diseased region, but since it has never come to an end, being aware of it, getting acquainted with the medication it needs, and appropriate use with the appointment of a specialist , is first of all for patients.

*The WHO report published in April 2014 touched upon antibiotics resistance, considering it a serious health problem. It was also said that the post-antibiotic world where ordinary injuries can cause death is not too far away.