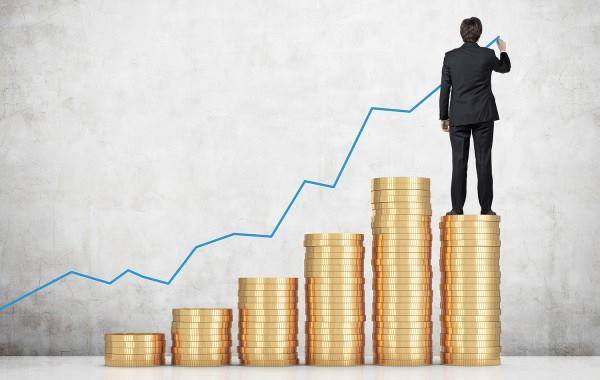 It is indisputable, that the effective and uninterrupted activity of the banking system plays a key role in the economy. Therefore, for centuries and even today banks have occupied a central place in the economy.

As a result of the overdevelopment of the USA’s secondary market, in 2008 the country came to a financial and economic crisis, which was rapidly drawn into the global economy: as a result, many powerful international companies and commercial banks became bankrupt. Although the economy of the RA was noticeably shuddered by the crisis, however, contrary to many countries, the banking system of the RA did not suffer substantial losses. At first sight, it may seem that it is a positive occurrence, but it was a result of the fact that the domestic banking system is not sufficiently combined with economy, that is to say that for doing business, the crediting is not a primary source of finance. Besides the above-mentioned, the products for domestic consumption are mainly imported (the balance of gross exports and imports is negative). One of the reasons of the stability of the financial system is the quite high level of capitalization of the banking system (In Armenia this indicator is higher than in the majority of CIS countries). There are many other factors, the analysis of which, in our opinion, will be considered as repetitions, and they are no longer relevant.

Let us touch upon the issues of the post-crisis development of the banking system. Undoubtedly, for any economy’s banking system the first issue is the assurance of stability of the prices and its further strengthening. Armenia is not an exception as well. It is attested by the recent policy of the Central Bank of the RA, which is mainly directed to reduce inflation and maintaining financial system stability. At the beginning of November 2014, in the RA there were observed trends of devaluation of AMD and that phenomena were increasingly intensified.

The actions of the Central Bank

In order to alleviate the situation, The Central Bank started to apply foreign currency intervention of indirect instruments satisfying some part of the demand for dollars. Already in December, the Central Bank took a more drastic step: it doubled the mandatory reserve requirement in foreign currency from 12% to 24%. That is to say, for each 100 units of placed deposits in foreign currency the bank must make 24 units reserve in the Central Bank. On the next day of this decision, US dollar exchange rate fell to around 30 drams, becoming 497 drams (from the author’s own observations). It had a major impact on the issue, because that way the CB took money from the economy, balancing supply and demand in the foreign exchange market. Some banks, in order to meet twice increased standard requirement, raised deposit interest rates (they reached up to 17%).

Along with the maintenance of stability, one of the most important preconditions for the development of any sector of the economy is competition. The opinion that competition in the banking sector is unconditionally positive is somewhat more primitive compared to the competition in other sectors of the economy. Extremely sharp double effect of competition on the stability of the banking system has been long established on the basis of theoretical and empirical researchesi.

Here the main question is: does escalation of the competition lead to the extra stability or does it lead to vulnerable stability? There are two polarized opinions on this issue in the Economic literature. According to one of them, the increase of competition weakens the market power of the bank, as a result of which, the interest margin of the bank falls, and therefore the bank’s income too. This makes the bank take higher risks in lending risk projects, which in turn affects the stability of the bank.

According to the other view, the proper level of competition does not allow banks to set their own prices (interest rates on loans and deposits). It is the demand of the market, and in this case, banks are price takers. These prices are not at risk, consequently credit risk is decreasing (banks adopt safer credit standards), which results in the increase of the stability of the banking system.

It turns out that on the one hand a regulatory body should be skillfully maneuvered between promoting competition, and on the other hand maintaining stability.

In the modern world trends of consolidation in banking system are clearly outlined. Moreover, observations and studies show that both developed and developing countries’ banking systems move toward oligopoly, more specifically, differentiated oligopoly (with heterogeneous services). A considerable part of researchers believes that the oligopoly is the best market type from the point of healthy competition.

Tightening up the rules of the game

In the above-mentioned context, we deem that it is necessary to make reference to the decision of the Central Bank on December 30, 2014, according to which from January 1, 2017, the minimum requirement of banks’ total capital will cost 30 billion, instead of the current 5 billion. The Central Bank conditioned this decision upon banks’ promotion of mergers and consolidation needs. Before the above mentioned decision, in the RA some research have been done by N. Muradyan within this topic, where the author clearly justifies the need for further consolidation in the banking sector in empirical research. Competition among greater banks will become more pressing, as a result of which the quality of services will increase and banking services will be provided by more affordable price. The consolidation is important to get scale effect and it will be some leverage for increasing the level of competition.

It was obvious that as a result of 6 times increase of minimum normative threshold of the capital, some banks will not be able to replenish their capital and processes of banking consolidation will make their run, which, we think, by all means will bring escalation of competition.

There is a lot of disagreement on this subject among the experts. Some argue that the decrease of the number of banks cannot increase competition. The head of the Yerevan office of European Bank for Reconstruction and Development (EBRD) Mark Davis in his interview referring to the change of the normative requirement of the Central Bank, assured that the consolidation of banks will cause stronger, more efficient and experienced banks’ functioning. Such banks will be able to obtain cheaper sources of funding, carry less administrative costs compared to their capital, and in addition, customers will be able to offer lower interest rates for a longer repayment period. To stimulate competition there is no need to have 21 banks, particularly, for the country like Armenia, which has such little scale. The banks which are greater and better will compete with each other and will reduce borrowing costs.

What has happened during this period? At the end of the third quarter of 2016, two banks of the RA decided to leave the field: ProCredit Bank with German fund was sold to Inecobank, and BTA Bank with Kazakh fund was merged with ArmEconomBank (later, it was sold to the same bank in parts). In professional boundaries, nowadays another bank sale and merger of another two is actively circulating .The other banks’ heads stated that they need to replenish their capital till the end of the year and continue to pursue their activities in the country.

The results of the capital increase

Replenishing the funds, the amount of money which is under the domination of banks, will increase and, of course, it cannot be injected into the economy at once. As a result, to keep the optimal balance between risk and profitability, we think, in the beginning the banks will buy larger amounts of government bonds (these are the main domestic sources of deficit finance), the others will strain the competitive situation in the field and will choose accessibility of loan terms (also reduction of interest rates) . As a result, the level of the involvement of banking system in economic development will increaseii. And in terms of fundraising, we think that having a larger capital, that is to say to have less demand to inject money in a short period of time, the banks will reduce the proposed deposit interest rates, considering it necessary firstly to allocate what they have and then to borrow. Otherwise there will be a cash surplus, therefore, there will also be a decrease of efficiency of the indicators. We think that in October-November we will already notice significant reductions in deposit rates.

Summing it up, it is worth mentioning that there will be serious changes and shifts in the banking system of Armenia. Let us see what role they will play in the revival of the economy, and whether the government and the Central Bank will be able to use these changes for the development of the national economy.

ii Since the end of 2015, the banking system assets / GDP ratio has amounted to 68.5%, while the banking system loans / GDP: 39.8% (source: https://www.cba.am/): With this measure, we are significantly behind the countries of the Eastern European region.