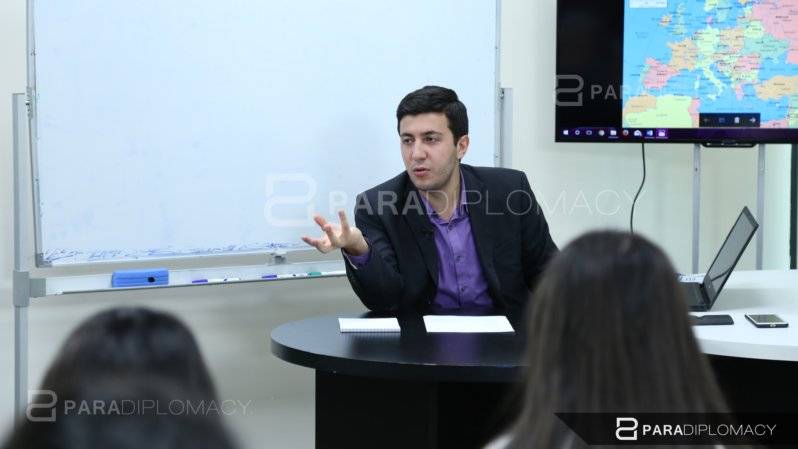 In June and July of this year the Armenian Center of Young Analysts in correspondence with the “Public Diplomacy” NGO, conducted the school of tour guides, within the scopes of which free-of-charge two-months courses were organized.
The purpose of the school was to provide comprehensive and deep knowledge about the peculiarities of the tourism industry through theoretical and practical trainings, during which a number of visits were organized to different historical and cultural sites of Armenia.
The Armenian Center of Young Analysts always supports projects like this. ACoYA analysts Areg Kochinyan, Anna Khachyan, Gor Mardoyan and Nzhdeh Hovsepyan also taught at the school.
In August the first stream was completed, during which nearly ten students were able to get acquainted and study the main tourism destinations of Armenia, their history and cultural heritage.
During the ceremony of the donation of certificates ACoYA president Areg Kochinyan and the “Public Democracy” NGO vice-president Bagrat Sahakyan congratulated the project participants noting that the “School of Tour Guides” was the first joint project which became an educational platform, after which the participants would receive an opportunity to pass to practical work to use the knowledge they gained more effectively.