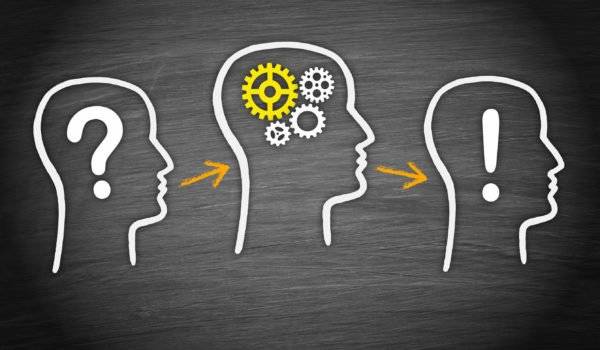 Recently one can often meet trainings with the following titles: “Training, after which you will never be the same like in the past”, “We will help you to achieve success”, “Teach your brain to think differently” or trainings with other titles or slogan. And what are they, who are coachers, taking such trainings will really help one to change his life to better, achieve goals.

Coaching is a training or consultation, during which the coacher (the trainer) helps the individual to discover his potential, to achieve personal (in some cases also professional) goals, change his attitude towards this or that phenomenon, to acquire skills. Unlike the mentorship, during which the mentor shares just his theoretical and practical knowledge, which are necessary to accomplish this or that work, coaching is mainly directed to self-development and self-learning. Coaching is often associated with training. Although it has some elements of training, the latter is directed to the promotion of skills or the solution of some problems, acquisition of methods and unlike coaching, it doesn’t have an individual approach to each of the participants.

Coaching emerged in the 70s of the previous century, due to sport psychologist Timothy Gallwey’s book “The inner game of tennis”. According to the book, the sportsman creates certain obstacles in his head which disturb him to achieve the desirable result. The author comes to a conclusion that the main goal of a trainer is to help the sportsman to reduce or eliminate inner obstacles, which will allow him to achieve a desirable victory on his own.  So, coaching was originally created for the work with sportsmen, but later, due to English businessman John Whitmore, coaching has moved from the sport field to business field. John is considered to be the author of enough famous definition of coaching. “Coaching is the discovery of human potential with the aim of raising the effectiveness as much as possible”. Later coaching gained a broader sense due to Thomas Leonard, who created famous life-coaching format. This provides individual work with a person, due to which the given person achieves his goals by raising the quality of his own life. Summarizing, we may say that coaching is the fusion of psychology, management, philosophy and logic.

Coaching is not free, it is a specific service, which must be paid by the client. Coaching is quite profitable, as one of the positive aspects of the latter is considered to be easy sale. There is the easiest model for sale, as the coacher immediately offers the result (f. ex. “Learn to control your time in 8 days”), and as sooner the person wants to achieve the desirable result, the easier it is to take money from him. Besides, as a result, some specialists take money at the end, i.e. when the client is pleased, otherwise they return money. This also promotes the sale’s growth. The client’s response is also very important for selling goods or services, sharing positive impressions, achieved results with others, which serves as a powerful advertisement for the given course of coaching. However there are a number of defects, in particular in this case the result has dual essence here, as it promotes sale on the one hand, and can reduce it on the other hand, if the customer is not satisfied.

Received positive responses, coacher’s good reputation for the sale of coaching course are very important and if the customer hasn’t achieved his desirable result, by expressing his dissatisfaction, the customer can greatly affect the sale’s volume. Coachers also take into consideration the fact, that each person perceives the information differently. That’s why each customer is usually treated individually. One of the disadvantages that is necessary to mention is that in many cases a course consists of several phases, and the transfer from one phase to another is done for certain amount of money, which cannot be told to the person at the beginning. That is if the person does not have that amount of money, then it turns out that in general he has taken in part the given course in vain.

Coaching is widely used also in business field, especially in small and medium-sized enterprises, where mainly a person makes decisions, who applies to coaching service. The latter assumes the role of consultant, studies the business of his customer, the strategies he had worked out, the decisions made by them, their effectiveness and gives the so called “recovery plan”. Big companies have their own business-trainers and coachers, who work with the staff (for example raise the motivation of the staff). Nowadays everything leads to a thing that each manager, whether he is from low, medium or high hoop is obliged to be a coach for the workers under his control. In order to understand its importance, we will mention that when certain companies make a statement about manager’s vacant position, in the section of “required skills” they ask about “skill for training and developing others”, which every candidate[ii] should have.

Coaching development rates are very fast in the world. International Coach Federation (ICF) proves it, which in 2016 published a study, which studies the state of coaching of 2015 in the world, developmental rates. 15.380 coaches from 137 countries have taken part in the survey. For comparison we may say that in 2011 the number of coacher was 12.000 from 117 countries (North, South, Latin America, Western and Eastern Europe, Asia, Africa, Australia and New Zealand). As a result of the research it became clear, that there are 53.000 coaches in the world, the main part of which i.e. 35%, work in Western Europe, and 33% in North America. Meanwhile in 2012 published survey proved that there were 47.500 coaches in the world. The index speaks about a fact that coaching is considered to be as perspective branch and a means of earning a great amount of money, that’s why a lot of people seek to acquire corresponding skills.

With the worldwide sense coacher’s annual average profit in 2015 was 51.000 $, which compared with 2011 statistics is a very modest growth i.e. 6%. Then, on the basis of regional statistics[iii] ICF has received the world’s global annual income of coaching, which was 2.356 billion dollars. In comparison with 2011, 19% growth of the general annual income was registered. According to universal statistics, 59% of coachers has growth in the number of customer’s, which means that the world’s public (especially women, 54% of participants) shows great interest towards coaching.

The age of 60% of coaching participants is between 25-45. Here it is very important to take into consideration the difference between the coacher’s and participant’s ages, as it is unlikely that 27-year-old coacher will completely and deeply understand the essence of 50 or more than 50-year-old customer’s problem and be able to help him. According to statistic data, more than 90% of the participants are satisfied with the courses and the results, as many people would like to repeat course they have passed. Few participants i.e. 2 or 3% confess that their investments were not justified, and they did not achieve the desires result.

In any case, no matter how many people speak about coaching usefulness, bringing as a proof participants’ positive responses, there is a large mass of public who suspect the fact that due to coaching a person can change himself, his own life, and achieve his goals. Let’s bring some reasons on the above mentioned opinion.

In order to participate such courses, it is necessary to examine thoroughly the coacher’s development path, his personal achievements, to understand how often he is trained, what do his previous clients say about him and so on, in order not to regret about the money or what is more important about time in the future.

In any case we must state that there are good specialists, who are able to understand their customer, his problems, needs and really to help him.

Trainings are not news in Armenia. They have been organized since 90s, but they have always had a specific orientation, and have been carried out by international organizations for people having specific professions or for the staff of certain firms. However coaching, especially life-coaching format is a new phenomenon in Armenia. Nowadays the coaching market is in the formation stage in Armenia. There are many courses that have an impact on motivation, one of which is well known “Zartucich” (Alarm Clock) by Grigor Arakelyan. It is already 2 years that it exists and 15 classes have taken place so far about 1200 people have taken part in it.

As we mentioned the coach can have an influence on person’s inner world, emotions that’s why it is necessary for the coacher to be a master of his work, otherwise he may be dangerous. Taking into consideration these or that circumstances, we find that it would be more effective for the further development of both customers and coaching, if the coachers of Armenia create special union or federation which would give license to enable the person implement coach activities in Armenia. It would be a guarantee that the latter knows his job.

Summarizing the above mentioned we may state that coaching is considered to be a fast developing direction. In Armenia it is not so much developed, but steps are being taken in that direction. In any case before going to training it is necessary to know exactly your own expectations, what you can learn from the course, and then analyze received and not received results in order to understand the effectiveness of the investment.

[i] In 2013 ICE and EMCC were united and created a consortium, in order to organize together the formation of coaching. Nowadays, the consortium unites 44.000 coaches.

[ii] In reality, however, managers spend no more than 10% of their time, if not less for this process.