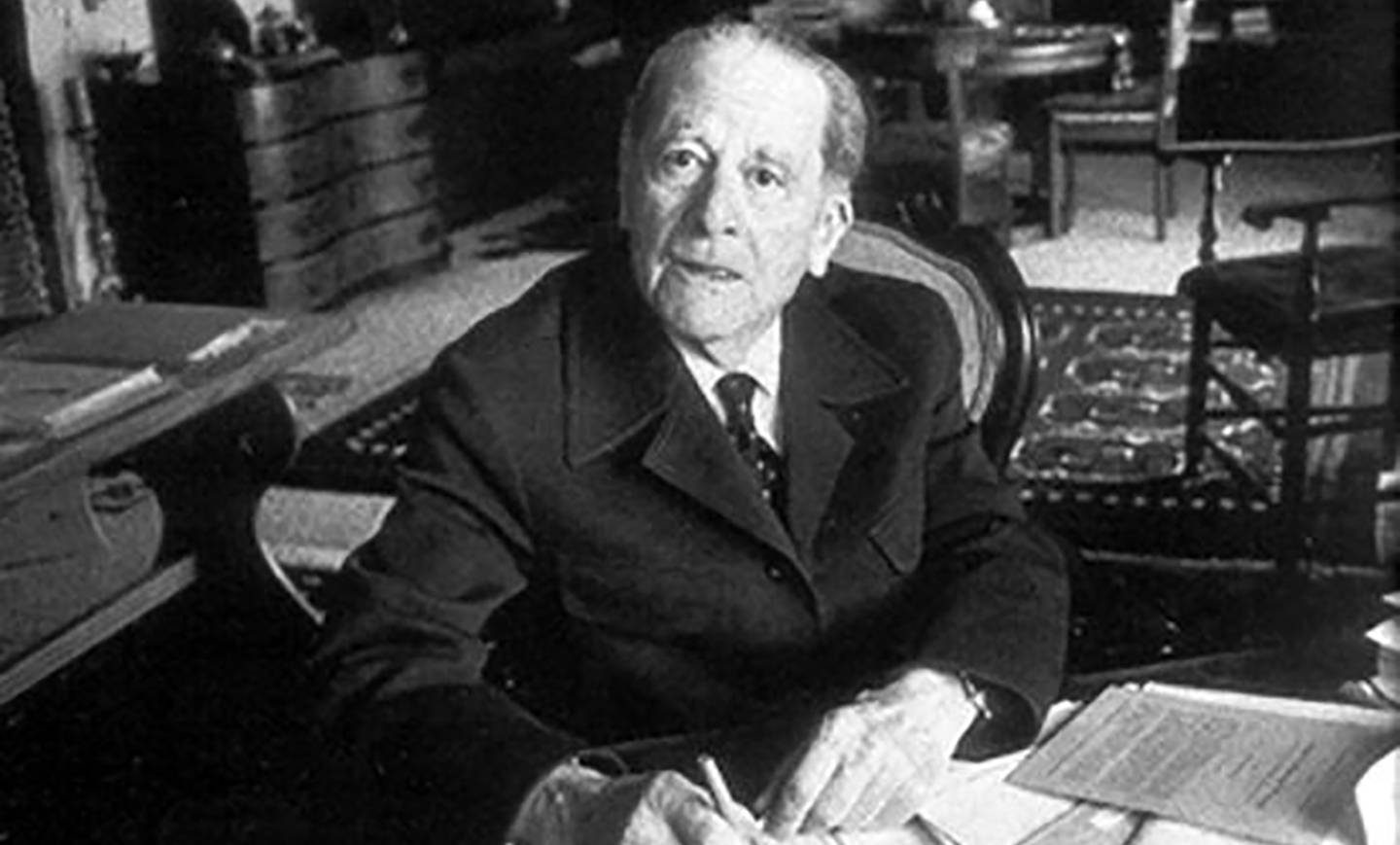 German constitutionalist, lawyer and politician Carl Schmitt, speaking about state, describes it as “the political status of the people.” This extremely laconic, but comprehensive description, both during the period of the author’s life and after that, is one of the gems of European political and legal thought and, nowadays, is not deprived of modernity and importance. There are certain relationships connected with this point in the context of the current situation in Armenia that need interpretation and reassessment.

Firstly, if the state is the political status of its citizens then it is achievable as any status and in this case it is the result of united and coordinated work which can be achieved through politics. The latter is a point of exceptional importance, since it is here that the essential principle, through which it is possible to make a distinction between politics (die Politik), the political (das Politische) and its functional and nature differences from country itself. It is noteworthy to point out that Schmitt uses political not as an adjective, but as a noun and by converting an adjective into a noun, he maintains the neuter gender.

It is here where the country and politics are distinctly separated, and where each of them acquires separate status and character. Schmitt gives us an opportunity to look at the situation from a completely different perspective, as speaking about the political status of the citizens, he interprets it as the most important (Maßgebend), from which we conclude that in the hierarchy of individual, group or collective status, Schmitt gives it the highest value and position thus clearly distinguishing between the primary and the secondary for society and country. But this status takes on meaning and value only through politics, politics, and operations. In other words, it is the key criterion without which the state cannot imagine, the idea of ​​the state itself. Yes, politics is the criterion and the basis of the state, the state, and, consequently, all civil institutions and civic relations.

If in his 1919 speech (“Politics as a Vocation”), Max Weber stated that the state is a system that has a monopoly on violence in a particular area, Schmitt, reassessing it, states that state is a political system that has a monopoly on politics: This definition is exactly what state differs from other political units and non-state formations. Clearly, one cannot and is not even possible and reasonable to align the state and politics.

The state itself is a result of the political but not everything is political in it. It is where one of the most important “diseases” of our era is coming, namely, the state’s analogousness to politics. This tendency becomes catastrophic as since the epoch of modernity when the state and society are step by step incorporated, a situation is created when any sphere, problem, activity of the political and public life become state and according to the aforementioned logic transform into the political laying foundations for everything connected with the “capture” of daily life by the country to become political.

Michel Foucault and before him, Thomas Hobbes, Antonio Gramsci and other thinkers had foretold and diagnosed this “flaw,” which was already considered as a social problem at that time. From here, such kind of spheres as religion, culture, education, economy, which were previously neutral, cease to exist and are included in the field of politics becoming “politicized” and losing their own logic.

Thus, as the most devious institutional systems of the state work, it acquires a totalitarian nature (in a functional sense). The state, which previously had its unique fields of activities, now conquers all the spheres of life from everyday life to social field subjecting to totalitarian politicization. And then the real tragedy begins for a healthy and progressive society, for if everything is political, the essence of politics stops existing as a unique and self-sufficient thing and the definition of politics is lost too.

In order to unravel this tangle, Schmitt offers a crucial identifier, which makes it possible to distinguish the political from the non-political. This criterion looks alike to the friend-enemy antithesis. According to this principle, politics can be where there are at least two sides, and the contrast between them is that there is no coordination, no field of interaction, and the only way out is the win of one of the parties and the impose of one’s will on another. This criterion does not have moral, economic, religious, cultural or other colorings; it has a specific self-sufficiency and that is its superiority. You do not need to be an enemy in order to be an immoral or loyal one, regardless of faith or any other culture, it may even be beneficial to establish economic relations with your enemy. But I repeat, the priority is the criterion of the intensity of contrast, whereas there is no field of cooperation, the only way out of the situation is to impose one’s will and principle on the other, whether it is violent physical oppression or symbolic violence.

Thus, Schmidt brings the issue and the problem to the field of existentialism, pushing the nature of the individual and society to the foreground. Now the political, being dependent on a certain criterion, obtains a nature of an infection. It can be any sphere of life, if at least 2 opposing sides are found, the contrasting intensity of which will not assume compromise.

Speaking about the political status of the people and classifying the state as the highest degree in gradation Schmitt suggests that there cannot be an alternative to the people’s political status, the country, and that it is an irrefutable, supreme value. Here, where the problem between opposite sides becomes purely political and gets essentialistic character, a situation is created when there is no need to hate, humiliate, demagnetize the enemy, deprive him of human qualities, and let the behavior of treating your enemy with reverence and respect never be described as knightly, the issue here is not the humanistic weakness of one side, but the transition of problem to the political field.

Here the economic and religious wars acquire their meanings, here the cultural contrast reflects its character in public life. The idea and essence of the political like an infection, necessarily win its domains.

Schmitt, developing the idea and speaking about tenets of neutrality, states that if on the globe only neutrality remained, then the idea of neutrality would have wrecked, because if there was no contradiction, there would be no danger of war, neither neutrality would be. Neutrality, being devoid of its own substance, would cease to exist. That’s why neither direct war nor physical violence but at least the possibility of it are in need, the perception that the friend-enemy antithesis is always present in all spheres of life and that it is the guarantee for the development of society and country.

It is through this political that it is not necessary to consider the war as a kind of ideological, moral cultural phenomenon and to give colorings to the latter. Through this criterion, it becomes an independent field, free of the all boundaries and so, as far as possible soluble and perceptible for sides of the conflict.

Schmitt makes an interesting observation saying that “if the hostility of the peacemakers to the war was so strong that they would enter into war with their supporters of war, turning into a war against a particular war, it would have been proven that it had a strong political force to engage in groups of fellow-enemies Contradictory”.

In general, the group of people becomes a political category when it is ready to defend its own collective will, the basis of its sovereignty from the enemy, opponent, when the group decides its principles, goals, its “political status” and does not hesitate to enter into a war, a physical fight for their ideas. And if there is no principle for this kind of collective unity and self-sacrifice, a situation is created when a group, who cares about the protection of the individual, the group and the society, decides who will be his friend and enemy. A striking example in our history is Russia’s “salvational” sponsorship when yielding our protection to the latter we give them the opportunity to determine who our enemies and friends should be.

Summing up, it is worth mentioning that considering politics itself as an object its functional or essentialistic significance is not reduced and diminished in terms of value but the threats of the current totalitarian country towards the spheres of public life and just itself are precisely separated,  because the country firstly being a political category, political value and political outcome  has a problem of organizing its public, ­state policy and protecting necessary conditions, otherwise it will turn into a totalitarian, quasi-forming organization, stop its political activities and start to deal with administrative, police or cultural issues, thus depriving the nation of sovereignty, and thereby the ability to control its own destiny.