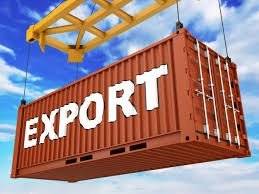 Under the conditions of current globalisation it is mandatory to ensure proportional  combination between inner consumption and export in order to develop the economy of any country. The above-mentioned is especially typical for Armenia, since it is obligatory to launch the process of developing the economy as soon as possible in order to solve geopolitical and socio-political issues with dignity. The correlation between deficit of trade balance and GDP is a stimulus demonstrating native economy’s competitiveness in the region and in the whole world.

Regarding Armenia, it should be emphasized that export structure is far away from being a basis for long-term economic growth. During the discussed (2002-2016) period the deficit of trade balance constituted the least, 33% of GDP, which demonstrates the imperfection of external trade. Specific weight of export indicates the saturation of the given country with appropriate products, as well as the level of competitiveness.

Analysing digital data, it becomes clear that payment balance/GDP  indicator is generally inclined to increase. It peaked during the crisis reaching 94 in 2008. It is conditioned by the increase of import volumes and decrease of export. After the mentioned peak year there has been a general pattern of decrease, which has not reached the level of pre-crisis period.

Undoubtedly, there are two main options of improving the indicator: increasing the export or decreacing the import. Naturally, direct interventions into the second options are excluded (creating direct impediments for exporting companies), but it is worth touch upon the mainstream potential products, target countries and regions in order to reveal the opportunities of expanding export volumes.

Still during 2000-2011 export in Amenia was highly centralized: 4 commodity groups (expensive stones and metals, cheap metals, food, raw materials) accounted for the majority of export. They constituted approximately 80% of the total. Whether these commodity groups are prospective in terms of providing temporary economic growth? Taking into account the fact that natural resources are finite, we can say no. From this clause the necessity of difersyfing the main spheres of export arises.

Table 2: Export structure of RA according to main commodity groups (%).[2]:

It is obvious that the share of the above-mentioned 4 commodity groups  did not only decrease, but also increased fluctuating around 88%: 1rst group accounts for 1/3 of the latter, which is a positive fact. According to the author, the production of agrofood as a factor of the RA economic growth can play efficient role taking into consideration the fact that there are lots of uncultivated territories in Armenia. During the last years the specific weight of “Cigarette and raw materials” demonstrated substantial increase, which indicates that this product is competitive enough. The pattern is similar for “Textile, shoes” commodity groupa. Such products are predicted to replace the export of natural resources in the long run. In fact, we face a  situation with no diversification of exported products, which poses risk from the perspective of the stability of economy’s development.

The directions of the ecport of RA

In 2013 RA affiliated EurAsEC economic union. From this  perspective, it is worth viewing the structure of RA export according to countries.

As can be seen, among exporting countries the share of CIS and EAEU is moderate, and 3 years are considerable period to draw conclusions. Instead, the volumes of products exported to EU have been dwindled significantly, but iw was not compensated in exchange for EAEU countries. At the same time, the export volumes to Russian Federation in 2015 constituted 15% (the shares of CIS and EAEU countries were conditioned by export volumes to Russia). There are several so-called regions, where  exportation volumes are identical, but not in exchange for countries having a big share.

European Union. In 2011, in the beginning of the observed period, the export volumes to these region exceeded for 2 times the share of CIS. At the same time it ocurres in exchange for the following countries: Belgium- 3.2%, Bolgary 5.3%, Germany 9.8%, the Netherlands 3.2%, North America, USA 3.7%, Canada 7.5%, Asia, Iran 5.2%, Iraq 8.8%, China 11.1%. Proceeding from the perspectives of economic development, the effectiveness of Armenia’s affiliation to EEU is litigated, since it did not activate external trade wit EEU-member countres, furthermore, it dwindled export volumes to European Union and America. Thus, we can note that Armenia production has potential with several commodity groups and directions. However, there is no diversification of export in terms of both commodity groups and countries/regions.

[1] The table has been drawn by the author basing on the digital data of RA National Statistical Service’s yearbooks, www.armstat.am

[2] The table has been drawn by the author basing on the digital data of RA National Statistical Service’s yearbooks, www.armstat.am

[3] The table has been drawn by the author basing on the digital data of RA National Statistical Service’s yearbooks, www.armstat.am:

National Statistical Service of the Republic of Armenia   www.armstat.am   19/06/2017