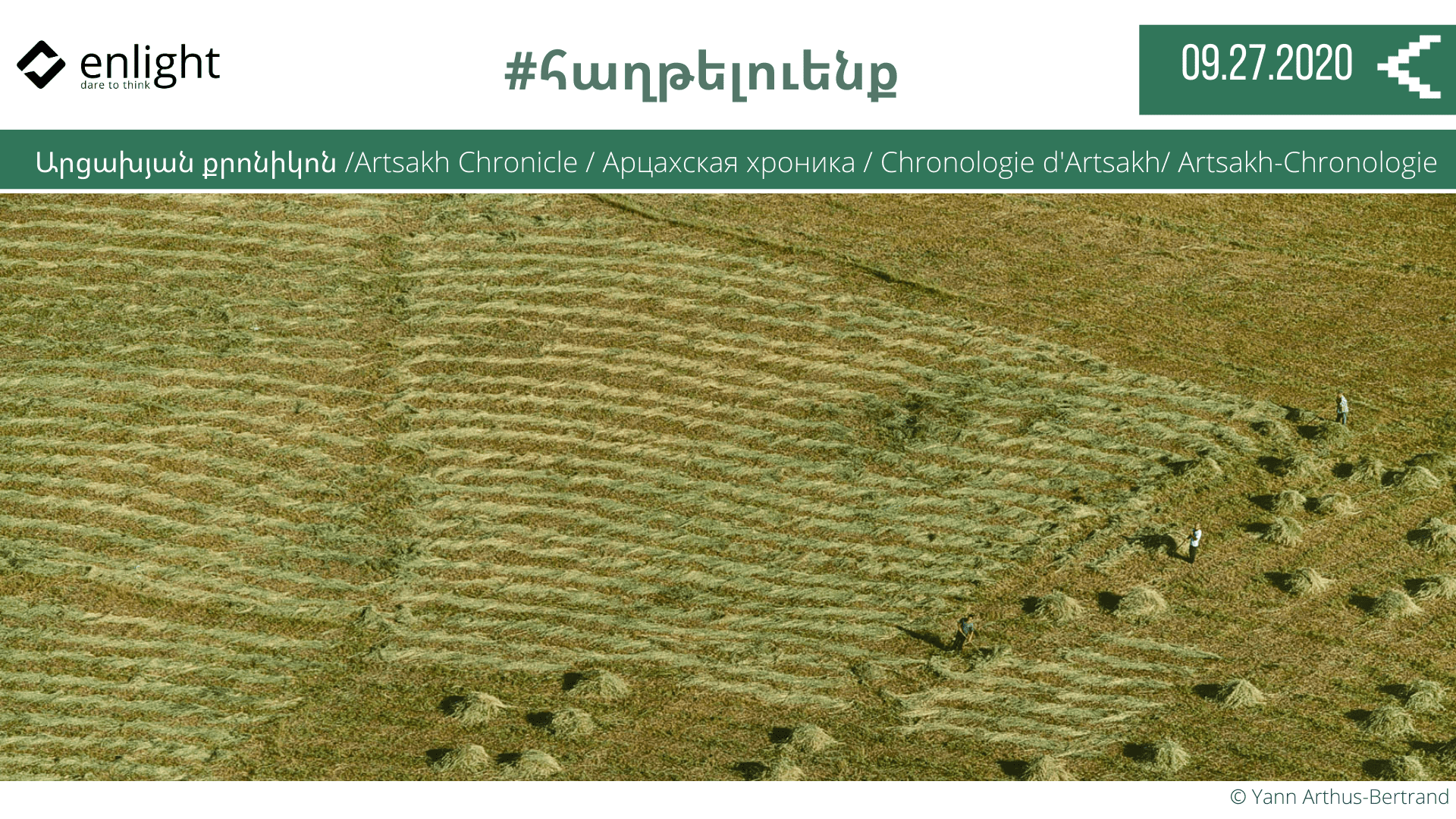 The ceasefire violations in the direction of Nagorno-Karabakh Republic by the Azerbaijani Armed Forces and further developments, started  on September 27, according to the chronology with Russian, French and German translations.

Ministry of Defense of the Republic of Artsakh

The statement spread by the Ministry of defense of Azerbaijan, that the Azerbaijani forces have occupied 6 settlements, do not correspond to reality. The above-mentioned information is another provocation of the Azerbaijani propaganda machine.

Ministry of Defense of the Republic of Artsakh

At this moment, the armed forces wage defense battles in the directions of the North, South, and South-east, by suspending the enemy’s advance. The opponent has great loses of manpower and armor unites. Defense forces destroyed 4 helicopters, around 15 drones, including assaulting one, 10 tanks, and a combat vehicle. Loses of defense army are being clarified.

By the decision of the government, martial law and general mobilization is declared in the Republic of Armenia. The decision will enter into force from the moment of publication. Nikol Pashinyan informed about it. It should be reminded that general mobilization has also been declared of all aged 18, in Artsakh. In the morning of September 27th, at 07:10 Azerbaijan attacked along the whole line of entire border.

The Ministry of Defence of Azerbaijan officially confirms the loss of 1 helicopter in the direction of Tartar. It is mentioned that the staff had survived. It should be reported that earlier Shushan Stepanyan, the spokeswoman for the RA Ministry of Defense, stated that the Armenian side had hit 3 enemy tanks, 2 helicopters and 3 UAVs.

The opponent has started an offense toward Artsakh. The Defence Forces successfully confront the offense. The situation is in operative development. Informs Nikol Pashinayan. The Prime Minister urges to trust only the official sources and be vigilant about the enemy’s informational flow.