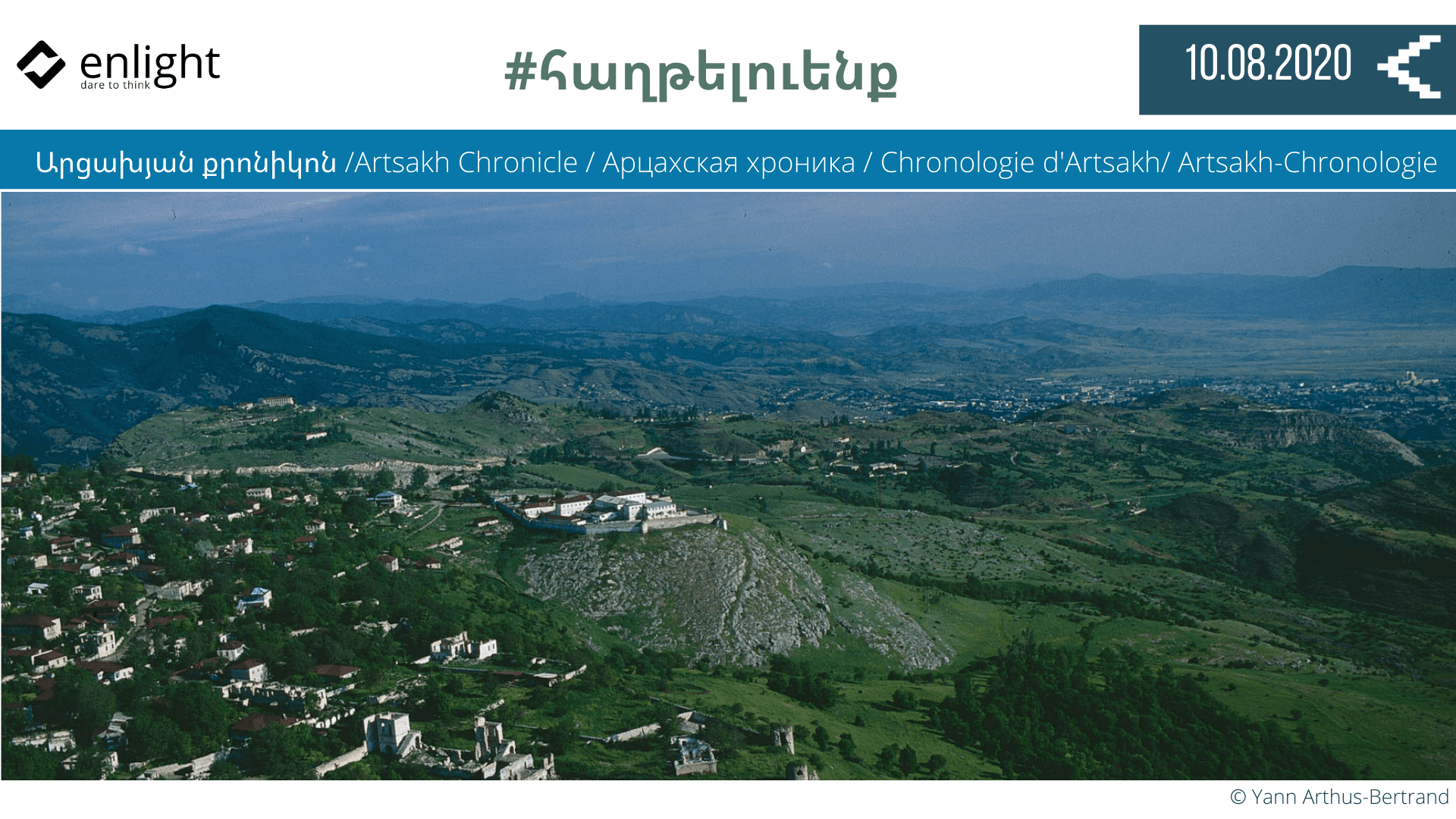 Azerbaijan continues to shell the Artsakh capital Stepanakert and fortress city of Shushi-with different weapons. Several apartments were damaged as a result of the explosion. There are no casualties and wounded.

The adversary (Azerbaijan) is constantly trying to attack, but fails. Thus, at around 14:00, the adversary launched an attack in both directions of the southern border of Artsakh (Nagorno Karabagh), which was stopped by the decisive actions of the Artsakh DA units. Significant losses of manpower were inflicted on the adversary, as well as 9 units of enemy armoured vehicles were hit.

On October 7 the Geneva City Council passed a resolution on condemning Azerbaijan’s ongoing military aggression against the Republic of Artsakh (Nagorno Karabakh), recognizing the Artsakh people’s right to self-determination and demanding from the federal government to freeze the assets of the Aliyev family in Switzerland.

Minutes ago, two enemy UAVs were hit in the southern direction.

The situation in the Artsakh-Azerbaijani conflict zone was stable and tense during the night. Early in the morning at 08:30, the battalion-sized enemy attempted to assault from the assembly area in the southern direction, but, losing three pieces of military equipment, leaving more than twenty dead and wounded, fled the battlefield in the outskirts of Jebrail.