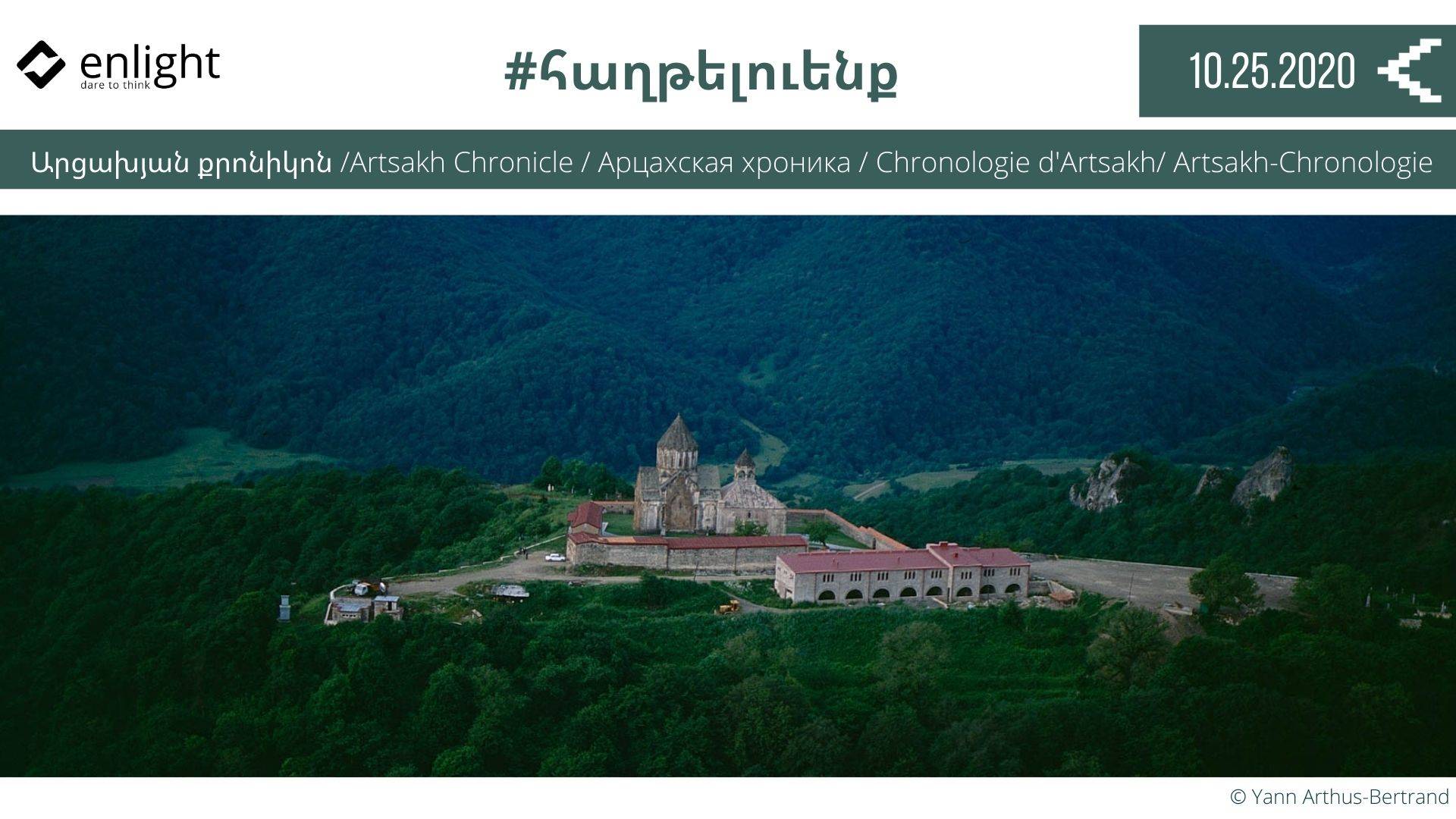 Spokesperson of the RA Ministry of Foreign Affairs Anna Naghdalyan

U.S.-Armenia-Azerbaijan Joint Statement Armenian Foreign Minister Zohrab Mnatsakanyan and Azerbaijani Foreign Minister Jeyhun Bayramov met with Deputy Secretary of State Stephen E. Biegun on October 24, 2020 and reaffirmed their countries’ commitment to implement and abide by the humanitarian ceasefire agreed in Moscow on October 10, which were reaffirmed in the statement issued from Paris on October 17, in accordance with the October 1, 2020 joint statement of United States President Donald J. Trump, French President Emmanuel Macron, and Russian President Vladimir Putin. The humanitarian ceasefire will take effect at 08:00 a.m. local time (12:00 a.m. EDT) on October 26, 2020. The United States facilitated intensive negotiations among the Foreign Ministers and the Minsk Group Co-Chairs to move Armenia and Azerbaijan closer to a peaceful resolution of the Nagorno-Karabakh conflict.

The upper sub-region of Askeran continues to be the enemy’s target. Contrary to the fact that Azerbaijani side claims they don’t target peaceful settlements, the village of Madatashen was shelled a few moments ago. A commercial building and three houses have been damaged. No casualties among the civilian population.

During the day, in the afternoon, the villages of Avetaranots, Sghnakh, and Moshkhmhat in the Askeran region have been shelled by Azerbaijani forces. No casualties among civilians. The material damage is being clarified. The situation in other settlements of Artsakh has been relatively calm.

Spokesperson of the President of the Artsakh Republic Vahram Poghosyan

At the moment (18:22), a small Azerbaijani subversive group is on the outskirts of the village of Avetaranots, and our army is trying to neutralize it.

During the night, the situation in the Artsakh-Azerbaijani conflict zone remained relatively stable and tense. Artillery battles continued in some territories. Currently, local battles are taking place in all directions of the frontline. The units of the Defense Army continue to detect and destroy the enemy’s subversive-reconnaissance groups.

During the night of October 24-25, Azerbaijan continued shelling Armenian settlements. Artillery was used in the direction of Karmir Shuka, Taghavard, Gishi, Spitakashen communities of Martuni Province, and Avetaranots village of Askeran Province. Moreover, the enemy forces have targeted not only peaceful settlements but also the territories nearby those communities, with forests and agricultural fields. There is not a single military facility in the mentioned settlements. There are no civilian casualties or injuries.