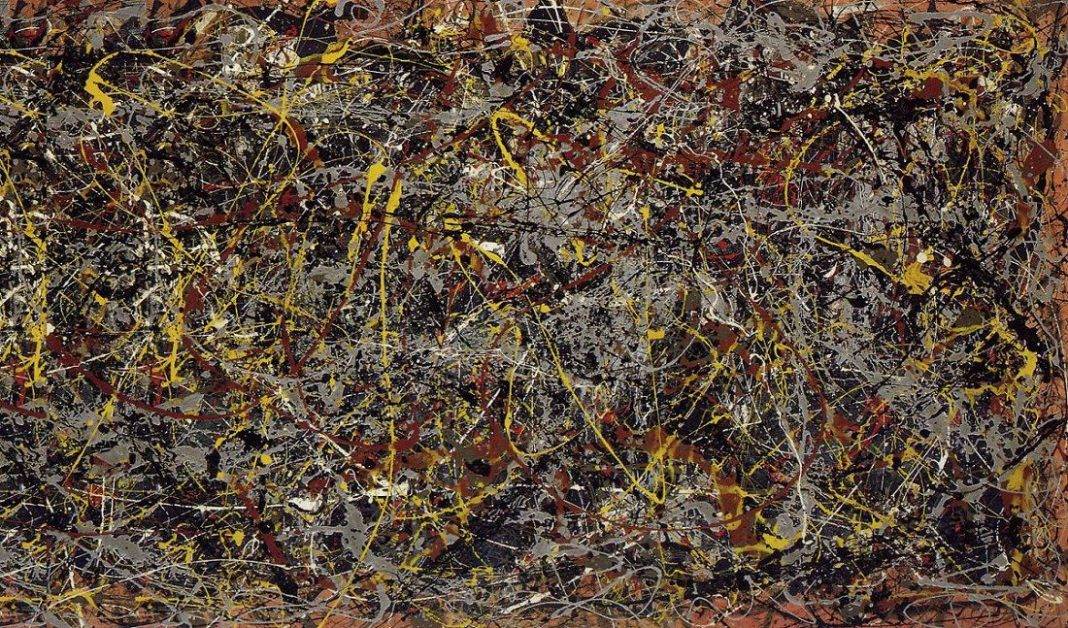 The present analysis aims at briefly discussing where modern art comes from, how modern art is generally perceived by ordinary people, who decides what modern art masterpiece is as well as which factors play role in deciding modern art piece price.

Modern Art Genesis or the Beginning of the End

At the end of 19th century a group of artists, later known as the impressionists, rebelled against Academie des Beaux-Arts and the classical standards the academy forced. The first generation of the revolutionists still maintained the elements of disciplined design and execution combining with their vision of “beauty lies in the eye of the beholder”. As it happens with most of the revolutions, with each generation the standards declined or altered, till there were no standards at all. Things changed irrevocably in the world of art especially with the coming of post-modernism. While before post-modernism, art was mainly based on idealism and reason, postmodernism was born of skepticism, irony and a suspicion of reason, challenging the notion that there are universal certainties or truths. Postmodern art advocated that individual experience and interpretation of our experience was more concrete than abstract principles, embracing complex and often contradictory layers of meaning. With this, the subject of art also changed drastically, as many artists started to use their art to make a statement, sometimes for nothing more than the shock value. It should be stated that artists of the past also made statements by their art but it was never at the expense of the visual excellence of their work. The artists of the past improved their works by aspiring to the highest quality attainable and by improving upon the works of the previous masters, while many of the modern artists strive only to so-called personal expression making it look like a competition where the most shocking one wins.  Hence, from the late 19th century the world of art changed drastically and as there are no standards left, it has become harder and harder to understand and decide which piece is a masterpiece, raising many questions and arguments. The issue becomes more complicated if the price of an artwork is considered a defining characteristic of a masterpiece.

Aristotle, famous Greek philosopher, stated that “Man is by nature a social animal… Society is something that precedes the individual. Anyone who either cannot lead the common life or is so self-sufficient as not to need to, and therefore does not partake of society, is either a beast or a god”. Two conclusions can be drawn from this statement: 1. most of us, as social beings, need our surrounding’s validation in many major as well as minor actions of life, that is why sometimes people claim they like things they do not really like and voice opinions they do not really have based on their surrounding’s ideas and beliefs.  2. The ones that are so self-sufficient that are not afraid to question society’s standards and do not need approval are the ones that dictate the rules for others. The above-mentioned can be applied to modern art and the opinions people have and voice on fine arts as well. To support the statement, the present example will be provided: Oleg Matveyev from Russia “painted” an “abstract” painting in Paint which took him 5 minutes. As a joke he put it on the internet and presented it as a painting by an underground French artist and added some sad biographical details to make the painting more mysterious. The comments did not keep him waiting: many people liked the painting and were ready to pay much more than the “artist” suggested. Why were so many people ready to pay real money for unreal art? The answer to this question could be that one of the most expensive modern art pieces has a pretty similar “concept” (Jackson Pollock, N5 sold in May 2006 for $140 million, which was a new mark for highest ever price for a painting). Obviously, art is not only defined by money, but many of those people thought that if something like N5 could cost that much, then this “painting” should also cost a lot without taking into account factors like technique, school the artist belongs to, direction the artist follows, etc., showing that many people are ready to blindly follow the standards and ideas the self-sufficient ones gently force on.

Another such example could be the experiment youtubers carried on in a modern art gallery. They displayed a piece from IKEA costing 10 Euros and asked the visitors of the museum about their opinions. They were all impressed by it, one of them called it “unbelievable”.  They all believed that it is a very valuable piece of art. The interesting thing is that most of them (if not all of them) would not be impressed with the picture if they initially knew the real story behind it as we can infer from the expressions of their faces after they learn the truth. This experiment confirms the fact that if something is in a museum or in a gallery and is believed to have a famous author then it is a masterpiece and should be highly valued: the more prestigious the gallery is, the more the piece should cost. But is it really so?

The Cost and Value of High-end Modern Art

When thinking about art in general, most people think the cost of art would depend on its aesthetic value, but it is not so for modern art. One of the reasons for this is the fact that, as mentioned before, there are no universal standards of quality in modern art, so it has become almost impossible to decide what aesthetic value a piece has and whether a piece has aesthetic value or not at all. This is when it becomes easier to manipulate the masses who lack knowledge in this field and fix the price the sellers want to.

Don Thompson, professor at New York University Stern School of Business and the author of “The $12 Million Stuffed Shark: The Curious Economics of Contemporary Art” states in his book that the formula for art pricing goes like this: the bigger the work the higher the price. When a piece is presented to the world and is to be sold, the most important first factor in deciding the price is the reputation of the artist, but if the artist is a beginner and hence has little to no reputation, the status of their dealer plays the role in decision-making. But there is one side that in fact makes all the decisions: in art world the galleries are the ones to fix the prices. Galleries manipulate prices to an extent that would be considered illegal in most industries. Today the approval of a handful of galleries, collectors and museums determines what is good and valuable and what is not. Surely, a dealer cannot over-price a work because it would be unprofessional to lower the price when it does not sell: it is a market, but discounts are not acceptable. Galleries may drop an artist rather than lower the price of their work because doing so sends a bad signal about the value of the artist and the credibility of the gallery. That is why, as Allison Schrager, journalist and economist, states: “Big galleries keep prices a secret so they can change them depending on who the buyer is.” Now it may seem that the buyers are the victims of a scam, but in fact they are indeed a part of this manipulation. Many collectors would pay enormous money for a piece painted by the artist whose other pictures they have to make their collection worth more. Art piece buying is also used for laundering of money. Another trick wealthy collectors use in many countries such as the US for defrauding their government is donating their collections and in return getting tax ride off, but the interesting thing is that they do not donate it with the price they have purchased, they hire their own appraisers to decide the price of the collection they are going to donate, meaning the collection could be appraised as much as the donator wants it to be. Even after getting a tax off they do not give up their collection, many of them create a private museum and only put up with the slight inconvenience of making it at least nominally available to the public by making it accessible with appointment only, with limited hours, for just a few months a year, etc.

Hence, high-end modern art market is a vicious cycle of galleries that intentionally keep prices a secret to have a full power over the market and have full control in deciding which piece is a modern art masterpiece and which is not, dealers who “sell their artists” by marketing them in various acceptable and unacceptable ways, and many collectors who buy pieces with further intentions of getting full use of the money they invest in high-end modern art. Outside this cycle are ordinary people who either blindly follow the standards the galleries and dealers push on or make fun of the market and modern art in general. In this situation those outsider artists that have real talent but no good dealers lose, as they not only make little to no money, they also may be accepted as a part of the joke modern art market has now become or is perceived to be.  Their art is good, maybe even better, just not “prestigious enough”.

Surely, there are many pieces of modern art that can proudly stand or hang near the masterpieces of the past, artists that are as talented if not more talented than the masters of the past, and collectors who buy the pieces for the sake of art without having any hidden intentions, but the scam high-end modern art market is makes it nearly impossible to differentiate between the real art and the fake, hence gradually losing its positions and trust but continuing being a huge scam.