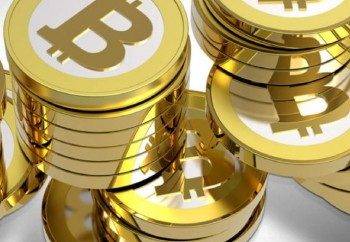 Currency is the monetary (or any unit playing the role of money) that constitutes country’s monetary system. The primary issue of international currency system is to ensure the unimpeded flow of goods and capital. It should contribute to the balance of payments of countries that implies sufficient cash so that to finance the possible shortfall of payments. The currency system of the given country is directed to the insurance of connection between inner and outer markets, as the latter provides the connection between inner production and outer prices.

As for the countries which have open economy, like Armenia, the outer circulation has a great specific weight- here the change of rate of exchange can bring to great displacement in inner demand and supply. In 1992 joining the IMF Armenia signed an agreement, by which it assured international society that will conduct a reliable policy promoting the development of the system. The currency policy of CBA aims at ensuring the reliability of the RA’s dram, the movement of capital, as well as the creation of favorable legal-economic field for foreign investments.

The fixed exchange rate is not desirable for the Armenia’s economy, as in this case the choice of the regime depends on the power of economy and can bring to inflation. The RA has open economic policy, which also does not correspond to the policy of the fixed exchange rate. Fluctuation of currency is possible in case of pegged float exchange rate. Today the CBA holds free floating exchange rate (according to the statistics of IMF in 2012, 35% of state members prefer this regime). The regime is being regulated on the basis of demand and supply. In this case the interventions by CB are implemented only in exceptional cases- pursuing an aim of abolishing distortions of actions of the field. The regime is considered to be free floating, when the authorities introduce corresponding information that the above mentioned interventions have been limited, i.e. during 6 months 3 interventions were taking place and each of which lasted not more that 3 working days.

From February to March there were no interventions.

In 2015, from August to September, when under the regional fluctuation in the RA’s currency market the provision led to devaluation, the CB, without essential oppression for precision of currency, was able to provide stability , however, in 2015 the RA’s dram devaluated by 14%.  Of course, this was not bad index compared with the region, as, for example, Kazakh tenge devaluated by 23.74%, and Russian ruble by 59.77% compared with dollar.

The devaluation continued and in 2016. According to data of CB at the beginning of the year the devaluation of the RA dram increased by 3%, and in the second half of the year dram had stable devaluation position. In 2017 from January to April devaluation of dram against dollar was 0.5%. In April dram devaluated by 0.1%, and the average accounting rate of the RA’s dram was 485, 10 dram for 1 dollar. In case of national currency devaluation, the export prices go down, as in that case the exporters making use of the given situation reduce the export prices, increasing their own competitive position in the foreign market, and promote the export growth. However, in parallel, there is an increase in import prices, as foreign suppliers must keep the incomes accumulated from the sale of their products constant in national currency. The expensive import becomes less attractive for consumers, the demand reduces, which promotes also the products which change native product. All these in its turn lead to the reduction of “shortage” of commercial balance.

So let’s try to understand why the CB has chosen free floating exchange rate regime and not the fixed one and which are the favourable points for the economy.

The fixed exchange rate, of course, has advantages. For example, it is possible to do provisions according to it. But the given regime is necessarily doing currency injections, which brings to inflation in the country. According to floating exchange rate regime the CBA due to interventions informs the markets about their existing institutions and effective microeconomic managements, and the markets, receiving information, start to act adequately. CB’s interventions are considered to be interventions in the affairs of financing market. The market becomes ready for the devaluation of dram and gets an opportunity for softening its results. Choosing free floating regime the RA gives an opportunity to the economy to soften the crises. Free floating exchange rate provides independence in monetary policy, regulates automatically exchange rate more quickly than the prices and allows to avoid of speculative attacks.