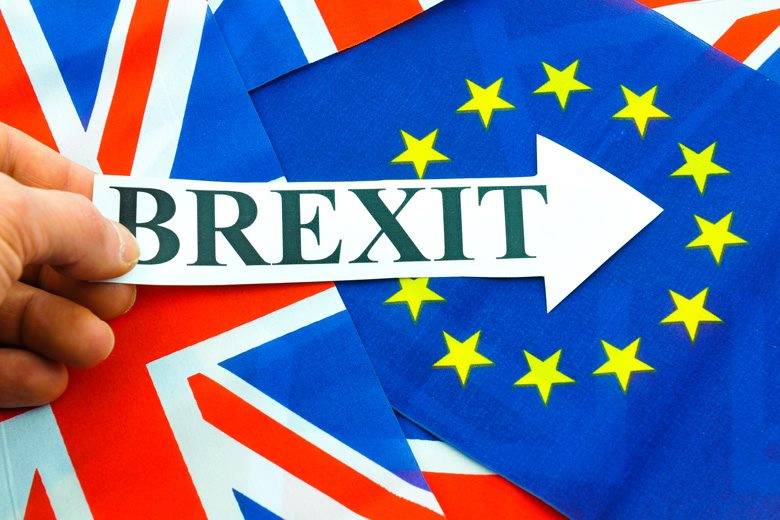 European Integration and the United Kingdom

In 1946, after the Second World War, the Prime Minister of the United Kingdom, Winston Churchill, declared the manifest of European integration to create “The United States of Europe”, “by recreating European family that can be provided with a system, which would give a chance of peaceful coexistence in liberty”. But it was interesting, that Churchill, who favoured the United Europe, did not find the United Kingdom being a member of that union, but saw her beside the new union along with the British Commonwealth of Nations, USA and USSR.

Churchill’s words proved to be prophetical, and the European Coal and Steel Community was established by France, Western Germany, Belgium, Netherlands, Luxemburg and Italy in Paris in 1952, which was aimed to unify and bring  those branches of French and German economies out of nation-states’ control, which served as basis for hostilities.

The UK government did not join the union as did not want to lose its sovereignty. Such decision was based on certain historical preconditions:

In response to the creation of EEC and also trying to counterweigh it, the United Kingdom launched to create another free trade zone, which was established in 1960 in Stockholm. The EFTA (European Free Trade Association) differed qualitatively from the European Economic Community as it foresaw the establishment of free trade zone between its member states without restricting their sovereignty in case of cooperation with other economic blocs. During the following years it was turned out that the UK took too heavy burden on her shoulders, which does not match her economic, military and political potential.

The United Kingdom’s joining to the process of European integration started with Prime Minister Harold Macmillan’s speech known as “The Winds of Changes”. The rapid process of decolonization and the UK’s incapability to counter the economic power of continental Europe compelled her to apply the EC for membership in 1961 with satisfactory conditions for the UK (that is, the United Kingdom was categorically against any step towards federalism). But the UK’s conditions were not counted at all, as French President Charles de Gaulle twice put a veto on the accession of the United kingdom (in 1961, 1967), explaining that the United Kingdom’s membership would destroy the “great project”.

The situation was transformed in 1969, when French and German governments changed. It was decided in the Hague to revive negotiations with the United Kingdom, Denmark and Ireland with a condition that they were to accept the goals and agreements of the union (acquis communautaire).  On the 1st of January, 1973 the United Kingdom became member of the European Community along with Denmark and Ireland. That enlargement later was called “the first wave of enlargement”.

Even the UK’s accession to the integration process did not end the farsighted trends of society and political elite. The political elite was trying to persuade the public that it was a compulsory action and was conditioned by the new geopolitical situation, and because of it the UK’s membership to the EC was an imperative of the time, otherwise, the United Kingdom would have lost its influence in Europe.  In the course of EC membership the United Kingdom always appeared as “mandatory counterpart”, which during 25 years did not bring any serious offer, and made hurdles during projects of other member states.

Relations between the UK and European Community were again endangered when Labour Party came to power and demanded to reconsider the conditions of membership, particularly, regarding issues of financing and agriculture policy. They were suspicious of creation of common currency and also offered to give privileges to New Zealand in commerce. The negotiation process was over with some EC concessions which were exploited by Prime Minister Macmillan’s contenders, noting that economic incentives for EC membership were not met and oil resources  found in Northern Sea could provide the UK’s separate development. The Labour Party was compelled to hold a referendum on this issue. 64% of the population took part in the referendum, 67.2% of which voted for remaining EC member. Despite this, debates over this issue continued.

In 1979 Margaret Thatcher became Prime Minister, thus bringing Conservatives to power. Thatcher’s Cabinet criticized EC because of the existence of bureaucratic machinery and reduction of nation-states’ roles. It is also remarkable, that the word “Euroscepticism” has British origins, it was created to describe Thatcher’s policy towards EC.  Following the principles of economic liberalism, Thatcher’s cabinet accepted the creation of inter common market, but was against any step that would strengthen EC institutions and disrupt the balance of institutions. There were also quarrels regarding the membership fee of the United Kingdom.

Tories’ visions on EC or “guiding provisions of future Europe” are expressed in Thatcher’s speech of 1988, which she delivered in the city of Brugge. They are:

In February, 1992 Maastricht treaty was concluded by which the EU (European Union) was established, declaring a new stage of the integration process. During negotiations on treaty the fact that the provision on federalism was not mentioned in the treaty, which would have to be the last stage of integration, the United Kingdom considered diplomatic victory. The United Kingdom did not want to take measures to create common currency, preserving the right to decide that question independently. The ratification of the agreement in the British Parliament was paralleled with great difficulties.

In 1997 the Labour Party came to power headed by Tony Blair. His political course on EU did not differ from that of the Conservatives: he stressed the importance of EU-NATO relations as its security guarantor.  Blair initiated the formulation of new EU economic policy, as well as supported the project to create Europol. The decision to create Europol was taken in 1992 in tandem with Maastricht treaty. It was envisaged to create a body to fight against terrorism, drugs and international crimes. Thus, in 1995 Convention on Europol was signed, which entered into force in 1998 after being ratified by all member states.

The UK-EU relations began to change during David Cameron run as Prime Minister. Under the pressure of Eurosceptics Cameron pledged to hold a referendum to resolve the issue of the UK’s membership to the EU. Before that, Cameron negotiated with Brussels on the UK’s membership fee. Cameron’s efforts to convince the citizens to remain in the EU were in vain, because based on the results of the referendum held on the 23th of June, 2016 the British chose Brexit (British Exit from EU). Though this decision has still to be approved by Parliament, the results of the referendum should be taken into account, as Cameron noted. 51.9% voted for exit from the EU, while 48.15 voted against it. 71.8 percent of the population participated in the referendum. England and Wales voted for exit from EU, conversely, Scotland and Northern Ireland voted for remaining in the EU. England-53.4% voted for exit, 46.6% -against, Wales-52.5% voted for exit, 47.5%-against it, Scotland -38% for exit, 62%-against it, Northern Ireland-44.2% for exit,55.8% -against it). London city voted for remaining in the EU (59.9% voted for remaining, 40.1%against it). Cameron announced about his resignation after results were known and noticed that the UK needs a new leader who will guide through the other path.   Statistics of the referendum by age are also interesting: 64% of the young British (18-24 years old) voted for the UK to remain within the EU. In their opinion, remaining within the EU guarantees the freedom of movement for them, protection of their labour rights. 58% of those above 65 years voted for the exit. One can conclude from this age data that the young British should live their lives based on the decision of the older generation.

Euroscepticism as a British phenomenon

The United Kingdom has always been suspicious of the process of the European integration. Therefore, Euroscepticism has British origins. This term was first used in “Times” to describe Thatcher’s policy towards European integration. Such approach is mainly conditioned by the British identity. According to sociological surveys, half of the British people do not consider themselves Europeans, but only 23% consider themselves Europeans. The geographical position of the United Kingdom has a huge role in Eurosceptic trends, therefore the British do not deem themselves as part of Europe. From geographical precondition the economic one derives, that is, the UK has been strongly linked to the colonies in North and South Americas, Africa, and later to the USA and New Zealand, rather than to the continental Europe.

According to the 2008 studies of Eurobarometer, 52% of the EU citizens thought that it is useful structure, while only 30% of the British thought in that way. To the next question on whether their country benefited from the EU, 54% of Europeans responded positively, but only 26% of British citizens thought so. The situation changed a little in 2010 studies, in which 42% of the British  had positive opinion on the EU,  39%- negative, the rest- neutral. Local news media also have their role in British Euroscepticism, because they create a negative image of the EU in the eyes of the society by their Eurosceptic news (Financial times, the Economist, Reuters).

Thus, Eurosceptic trends in Britain are present both in societal and party levels. A bright example is N. Farage, leader of Independence party, the aim of his career is to bring Britain out of the EU. After referendum he resigned, stating that his goal was achieved.

Before June referendum integration of the UK to the EU cannot be considered complete, it participated via flexible form, integrating only the beneficial fields, which do not include Schengen area and acceptance of common currency.

In line with Lisbon treaty of 2007 member states got a right to leave the EU according to their constitutional order. The UK’s referendum hold on June 23, 2016, would be binding, if Parliament adopts appropriate law. If events develop like this, Parliament should activate the Article 50 of Lisbon treaty and inform the European Council about it (there is no certain date). The Article 50 does not envisage any condition for stopping the EU membership, but envisages certain processes, negotiations, where further relations between the EU, as well as its member states and the given state would be decided. Those processes last 2 years, after which the country automatically leaves the EU, if the EU and the given country do not have a desire to prolong the negotiating process. Different to the process of joining the EU, when all member states should approve the new state, there is no such process for leaving the EU. After terminating EU membership the leaving country should work out laws, which would organize the fields previously managed by the EU laws.

Leaving the EU would bring political, rather than economic problems for the United Kingdom. Economic problems can be resolved without EU membership, remaining in the EU common market(though it is necessary to note that after the referendum the cost of pound sterling decreased compared to the USD). The political consequence could be in the form of the second referendum on independence in Scotland, which is “too likely to happen” after the Brexit, said First Minister of Scotland Nicola Sturgeon. Northern Ireland also wants to secede from Britain by referendum and join Ireland. For EU there cannot be consequences except for domino effect, that is to say, Eurosceptic EU members would also like to leave the EU, which would entail deep crisis. As well as, “it is expected, that EU would have a painful process of negotiations”, as noted the president of the European Council D. Tusk.

Thus, the UK’s anti-European trends are not new and have deep historical roots. It has always been and continues to be the cradle of Euroscepticism. The British June 23 decision can both stop the UK’s EU membership and not, but the results of referendum have great democratic power. However, they would have serious consequences on the UK-EU relations.