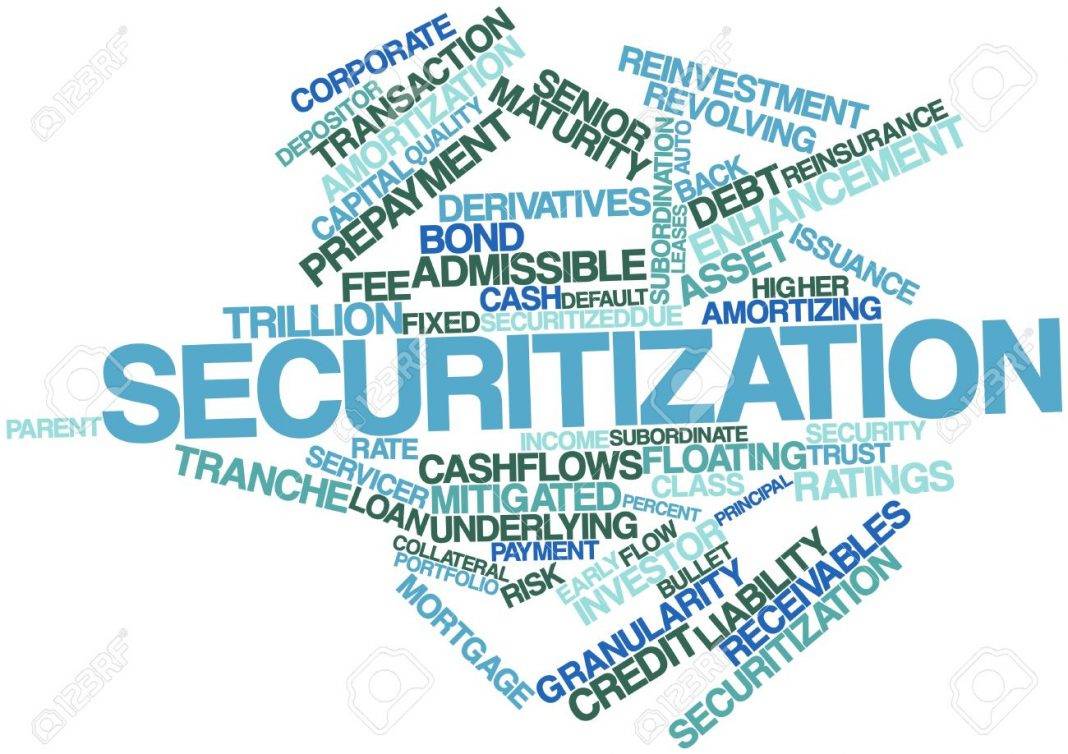 The total volume of securitization in the USA in 2016, including MBSs released by the GSEs, and the MBSs and ABSs released by Non-Agency institutions, was $2.2billions, which has grown in 9.3% comparing with 2015($2.0billions).This growth was the result of growth of volumes of release of securitization by the GSEs.
For the above mentioned period the highest level of securitization was in 2007-more than $3billions.Then, in the total volume of release, the volume of MBSs released by Non-Agency institutions had large specific weight(42.3%), which ceded a little to the share of GSEs(47.1%).
As a result of crisis of 2008 the volumes of securitization were reduced in 42.7% mostly because of the reduction of MBSs and ABSs released by the Non-Agency institutions.
In the structure of MBSs released by Non-Agency institutions there are two types of assets -Commercial Mortgage-Backed Securities (CMBS) and Residential Mortgage-Backed Securities (RMBS). CMBSs are type of MBSs, which is secured by mortgages that are given for business, mainly for obtaining industrial buildings, shop centers, offices and even land areas. Whereas RMBSs are secured by mortgages that are given only for obtaining apartment[iv].Emphasizing the role and importance of the latter connected with the latest mortgage crisis we want to present the volumes of the release of securities during the years 2002-2016(chart 3).
As we can see from the chart, the dynamics of volumes of release of different securities has been nearly the same during the studied period. Here, volumes of release have risen since 2003 and reached maximum in 2007-$2.714 billion compared to 2002 the growth is 197,78%). After 2008 the indicator has constantly fallen in 2016 accounting the minimum of studied period ($843.4billions).

Chart3: The volumes of released securities in the USA secured by apartment mortgages during 2002-2016(billion dollars)[v]

The Characteristics of Securitization in Europe

In European countries the development of the process of securitization went slow he reason of which was mainly formed culture and less flexibility of legislation. Unlike the USA many countries of Europe preferred the model of mortgage banks based on the traditional German experience.[vi]

Chart 4: The volumes of participants of mortgage market in Europe

The analyses of different institutions’ volumes in mortgage markets of Europe (chart 4) shows that in mortgage loans universal and mortgage banks prevail over other financial institutions.[vii]
Coming to the structure of securitization market in Europe we should mention that the biggest specific weight is that of Great Britain after which come Spain, The Netherlands and Italy with little differences.

Chart 5: The structure of securitization market in Europe according to countries in 2016[viii]

In case of Armenia it is worth mentioning that here too, the regulating organs made steps to activate mortgage market, invest securitization process and with the help of it develop capital market. In case of mortgage markett is interesting that there are specialized institutions in the country the main aim of which is to develop mortgage market and ensure obtainable versions of acquiring apartments. Mainly, since 2004 the ”First Mortgage Company” universal credit organization has started to operate, which is the first specialized mortgage company in Armenia. Besides, in 2009 the ”National Mortgage Company” was established by the Central Bank of Armenia. In 2001 the type of the company changed from Universal Credit Organization it has become a Refinancing Credit Organization. It was created with the aim of aiding Armenia’s mortgage market; the aid is done through refinancing the mortgages given to natural persons by banks and other mortgage companies.
What concerns to the process of securitization in 2008, two laws were formed by the Central Bank of Armenia: ”ON ASSET SECURITIZATION AND ASSET BACKED SECURITIES” and ”ON COVERED MORTGAGE BONDS”. It may seem that there are two laws for the same case as in many countries this case is regulated with only one law. Whereas according to the 2nd point of the 2nd article of ”ON COVERED MORTGAGE BONDS” law provisions of the law “On Asset Securitization and Asset Backed Securities” of the Republic of Armenia shall not apply to this law. In fact, this differentiation is connected to fostering mortgage market, so unlike the securitization of assets, in case of mortgage loans there are milder legislative terms. For instance, in the first case securitization can be done only by the securitization institution that is formed for that aim, whereas in the second case, any company that gives mortgage loans. This means that in case of irst, the company has to spend complementary money in order to create securitization foundation assure expanses for the operation of company, external audit, etc.
Firstly, this steps did not meet the anticipated results. In 2015 there was not a single case of securitization of assets and mortgage loans in Armenia. The reason of it can be small volume of deposit institutions, absence of securities in financial market as well as rough mechanism of regulation. But already in 2016 by ”Loan Portfolio Securitization Fund I” the first business of securitization of loan portfolio was performed in Armenia. This became possible with the help of USAID and ”Capital Investments” closed joint-stock company. It is important to mention that the ”Loan Portfolio Securitization Fund I” is a nonprofit organization which was formed in 2015 for 3 years the main aim of which is the securitization of loan portfolios of Universal Loan Organizations.[ix]
The next and important step of development of securitization process in Armenia has been lately performed, when Ararat Bank allocated first mortgage bonds by First Mortgage Company in ”Nasdac OMX Armenia” fund exchange. With this step the law of ”Covered Mortgage Bonds” came into circulation, which can later be a firm base for creating sound culture of securitization.
To sum up, we can say that by and large securitization has a positive effect on economy. By combining financial and capital markets, by changing financial assets into market goods, it promotes enlargement and development of capital market.

[i] In fact they are called Government-Sponsored Enterprises-GSEs