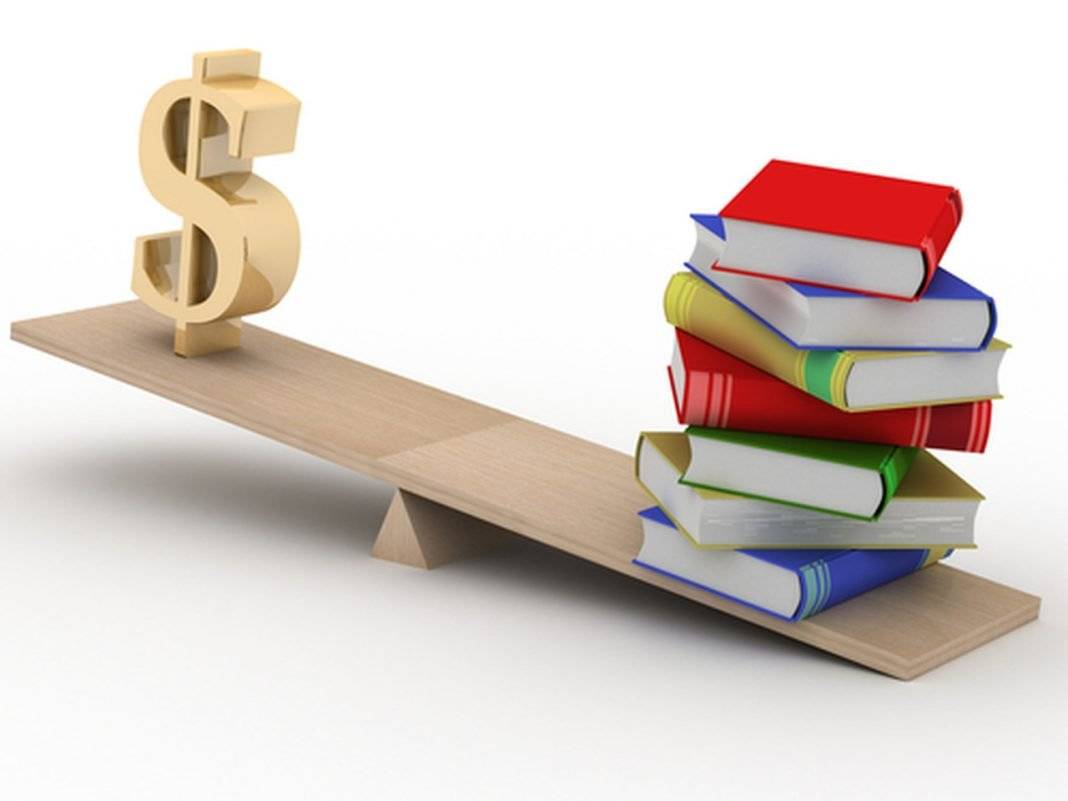 To become a student, one needs to take several steps: to practice, to pass exams successfully and be admitted to the preferred University and faculty. This is only the initial stage of becoming a student. Do not forget that you need to pay the tuition fee on time (if you aren’t admitted for free, of course). However, regardless of whether you will study for free or not, there are some compulsory costs for all students, such as costs for getting from home to the University and vice versa, costs for buying or copying the book assigned by the lecturer, the canteen costs, etc.  In fact, there are only few people who count how much they spend each month or year, for example, for transport. However, it is a fact, that on an annual basis it doesn’t make a small amount of money. Let’s try to figure out how much the actual costs of being a student are.

A Little About Students Admitted to the University

At first, let’s try to understand what kind of image we have about the applicants of 2017-18. According to the data published by Assessment and Testing Center, in 2017, 9559 applicants have applied to take part in joint exams. 1312 students out of all the applicants will study for free, and 6954 will study on a paid basis. 1293 applicants haven’t overcome the positive degree. To understand whether these indicators are positive or negative, let’s compare the above mentioned data with the one of 2016. Thus, the total number of applicants was 13941 last year, which is higher than the indicator of 2017 with 4382. In 2016 the number of admitted students was 9520, which is with 1254 applicants more than that of the current year. It is worth mentioning that this year, all those who have overcome the positive degree, have scored fewer points, which can decrease the student quality.

This kind of reduction of the number of applicants in one year is conditioned by a number of factors, such as the increase of emigration[i], low birthrates, poor income of household needed to pay the tuition fee of the student, etc. As to the students coming from regions, their number in 2016/17 comprised the 15.4% of the total.

In order to make an approximate understanding of how much Armenian students spend on average, for transport, canteens, copying, rent, we conducted a survey in one of the social networks, which involves 353 students from more than 20 state and non-state HEIs. During the survey, students mentioned how much they spend on average, on transportation, canteen, copying, and rent per month during their education. The results of the survey will be presented below in accordance with the relevant sections.

Living close to the University is like  a dream for many students, because it is not so pleasant to take minibuses or buses which are overloaded in the mornings. Most of the universities are in Yerevan, so the problem of transport and settlement becomes more acute. Despite this, taking a transport assumes a certain cost. Students usually do not have much financial means. Taking into account all these, the governments of many countries try to support the future professionals of their country providing scholarships, and setting privileges in some areas.   For example, students in Poland pay half of the public transport fee, in the Netherlands, students subscribe for holiday abonnement, so they can use the transport for free during their holidays, and for other days they pay only 40% of the cost. Students studying in the present system in Russia are given a lot of privileges when taking transport. Particularly, if an ordinary citizen in Moscow has to pay 2,000 rubles per month to take the Underground, then the student pays 380 rubles. Students have privileges also when taking other means of transport. The list of such countries is huge, but Armenia doesn’t provide so big privileges to students. The cost of public transport in Yerevan is AMD 100. However, many students have to take more than one transport to get to the university and back home, which significantly increases the expenses. It is worth mentioning that many students come to the university from other places and it is natural that they have to pay more for transport. It turns out from the results of the survey, that the students’ average cost for transport is AMD 11,600 ($ 24[ii]) per month. The majority of respondents, about 18%, has noted that they spend about AMD 5000 per month for transport. Taking into consideration all these, we can say that during one academic year the student needs about AMD 104,400 ($ 218) on average, for transport. However, there are certain privileges for students in our country too, in particular, Yerevan-Abovyan, Yerevan-Charentsavan free charitable routes, which are provided for taking students to the University and back home. However, the experience shows that very few students prefer these routes, giving preference to paid alternatives. One of the reasons is that instead of students the transport is overloaded by people hurrying to work, besides, the transport is not in a good condition and many students do not want to take it.

Canteen is the essential part of student’s life. The majority of students prefer to eat at the University canteens. The evidence is the survey conducted by us, according to which only 1.1% of the respondents does not prefer canteens. In many countries there are special food chains, that are opened next to the Universities and thus are called “student”. The price of food is more affordable here. In the Czech Republic, for example, there are special students cards, on which money can be transferred and as a result, for example, the cost of canteen food is reduced by 50%. On average, one needs from AMD 500 to 600 for normal nutrition and to satisfy the hunger in the canteens of the Universities of Armenia. As to the survey, it turns out that on average the Armenian student spends AMD 9800 ($ 20) per month, and this amount is AMD 88,200 ($ 184) on average, per academic year. The majority of respondents, the 16%, have noted that they spend AMD 10,000 per month for their food in the canteen.

Copying is one of those processes, without which it is hard to imagine the student life. Although, nowadays there is not so much need for copying, as one can have all the materials in his computer, however, many students prefer to copy the necessary materials. Copying usually costs 10 drams per page, but the price can vary from 6 to 8 drams in the Xerox centers next to the Universities.  The majority of respondents (17.3%) said that they spend AMD 5000 on copying per month. To sum up the data, we can say that on average students pay AMD 5560 ($ 12) for copying per month, and this amount is AMD 50,040 ($ 104) per academic year.

As it has been noted, most of the students admitted to the University, are from other regions and cities, that is why the primary problem for them is not only the transport, but also the problem of finding an apartment. Many of them settle in their relatives’ apartments but majority has to rent. The preference is mainly given to the not central parts of the city, where the rental cost is not so expensive. Of course, the cost at the student hall of residence is much cheaper, but Armenian students prefer renting an apartment. There are various reasons for this, starting from the bad state of the student halls of residence to the unwillingness to live with foreigners. For example, a student living in the hall of residence provides 5% of his scholarship (which is not a big amount of money)[iii] to the rental and municipal costs. Coming back to the survey, it is clear that only 23.8% of students rent. The majority of them, about 15.3%, pay AMD 30,000[iv]. Summing up the answers, it can be concluded that the necessary amount of money to rent an apartment is AMD 50,800 ($ 106) on average, per month, and AMD 457,200 ($ 952) per academic year.

To sum up, a student per month needs AMD 77,760 ($ 162) on average to take a transport, to copy, to eat in the canteen and to rent an apartment, and one spends AMD 699,840 ($ 1458) per academic year. We can notice that the renting cost prevails here. Those students who don’t rent an apartment benefit a lot, as they spend approximately AMD 242,640 ($ 505) per year. The stipend for the students with State order is AMD 5000 in Armenia, and there is also a stipend for excellence.

Of course with this money, the student can hardly cover the costs of copying and transport. Here it is worth mentioning that a student’s life is not limited only by the four types of costs mentioned above. Students buy clothes, visit places of entertainment, students who rent pay also municipal costs. All these are costs too and they are added to the numbers mentioned above.

Tuition fees are also added to the above mentioned costs. During 2017 the cost of tuition fees hasn’t changed seriously. The rent ranges from AMD 260,000 to 1 million. According to the NSS, from January 2017 to July the average nominal salary was AMD 190.397. It is natural, that if there is only one employee at home it becomes more difficult to care for tuition fees and other costs. Generally, the amount of money spent during the student years is an investment done for the students. If the student succeeds to work in his/her profession, then the investment is effective. However, it is quite difficult to reimburse the amount of money spent during the academic years in Armenia as only a few young people are able to find a job in their profession.

What Should Be Done for the Student in Armenia?

Several steps are taken in Armenia to support students. Banks have started to offer student loans under special conditions, there are many contests for scholarships that totally or partly compensate the tuition fee of students with excellence, there are air companies which have special discounts for students, some banks (HSBC, Converse bank) provide ISIC cards which give Armenian students a lot of advantages in Europe. An attempt is also being made to take care of students’ cultural life, for example, the cost of museum tickets is much cheaper for students, some universities offer free tickets for cultural events, etc.

Taking into account the fact that students are one of the financially vulnerable groups of the society, and the above figures speak of the fact that the amount of money that the student has, cannot be enough for learning and caring for the expenses, it is important that our country also starts to pay more attention to the student. The quality and effectiveness of professional education will benefit more if the student ticket offers a number of privileges to its owner, such as transportation, various cafés, bookstores, museums, paid trainings, insurance and travel services, etc.[v] Officials in Armenia always mention about the “knowledge-based” economies and “smart society”. Certain changes need to be made to achieve this: for example, giving social guarantees to students studying in a higher professional system. That is why, it is important to increase the status of a student in society, and to make sure that the student does not feel unprotected. In this regard, the following changes are suggested:

[iv]  It should be taken into consideration that each of the respondents wrote the amount that he / she paid, which

could be part of the rent, if the house is rented by several people

[v] There is a similar student international card in the world, named ISIC, which gives a lot of privileges of using a number of services in 130 countries.

For more info go to the link: http://isic.ru/cards/isic/