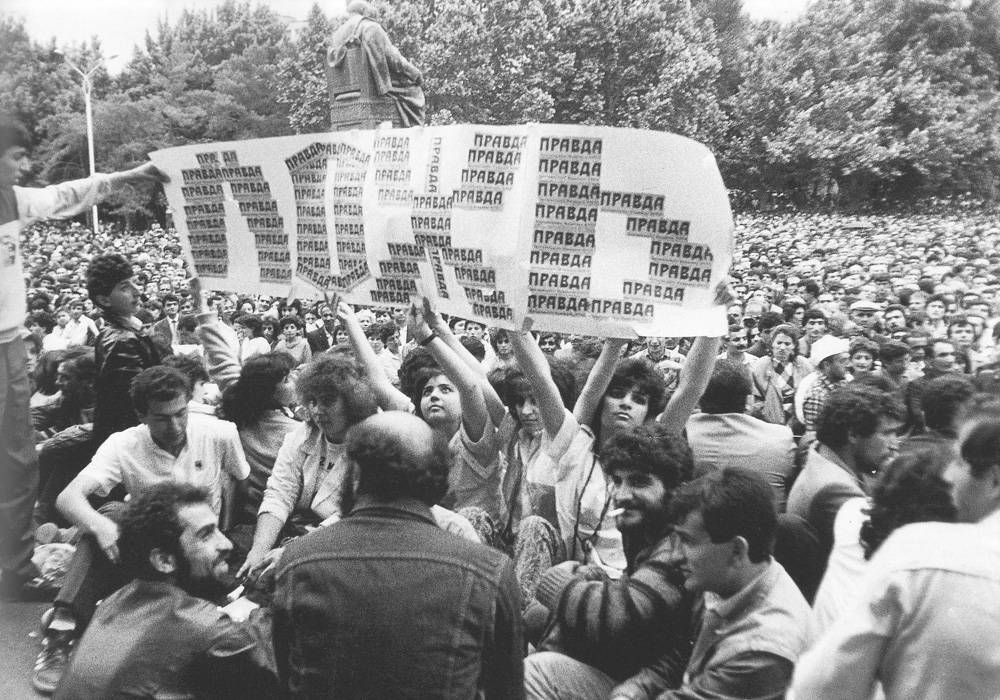 A rally episode: A poster with the text “Ложь” (“A Lie”) on it is prepared from the leaves with the newspaper name “Pravda” printed on them. Opera Square, February [May], 1988. Photo by M. Vardanyan. The image is taken from “Start: Yerevan 1988” photo album by M. Vardanyan (Shar-dja, 1998). 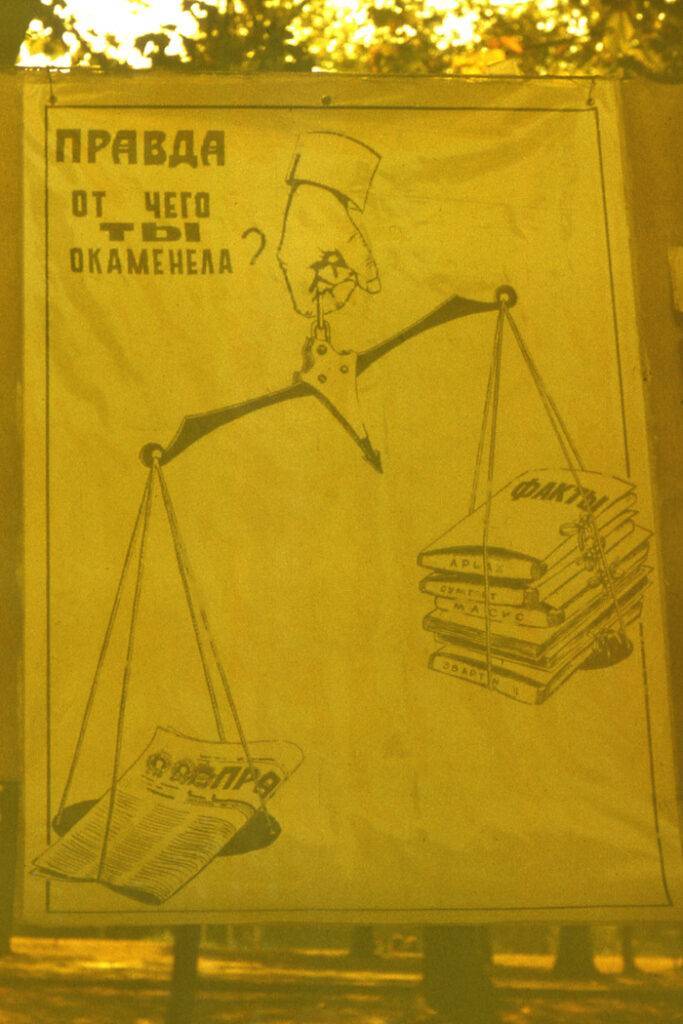 A poster where a scale is painted with the newspaper “Pravda” (“Truth”) in one pan and the folders with inscriptions “Facts. Artsakh. Sumgayit. Masis. Zvartnots” in the other.   The pan with the newspaper is heavier than the thick folders full of facts, i.e. the materials reflected in the newspaper meant to support the truth do not correspond to the truth, however, since the newspaper is “Pravda” its content is presented as more weighty and true. The statement asks: “Правда, отчего ты окаменела?” (“Pravda why are you stiffened?”). Opera Square, 12 October 1988. Photo by H. Marutyan. 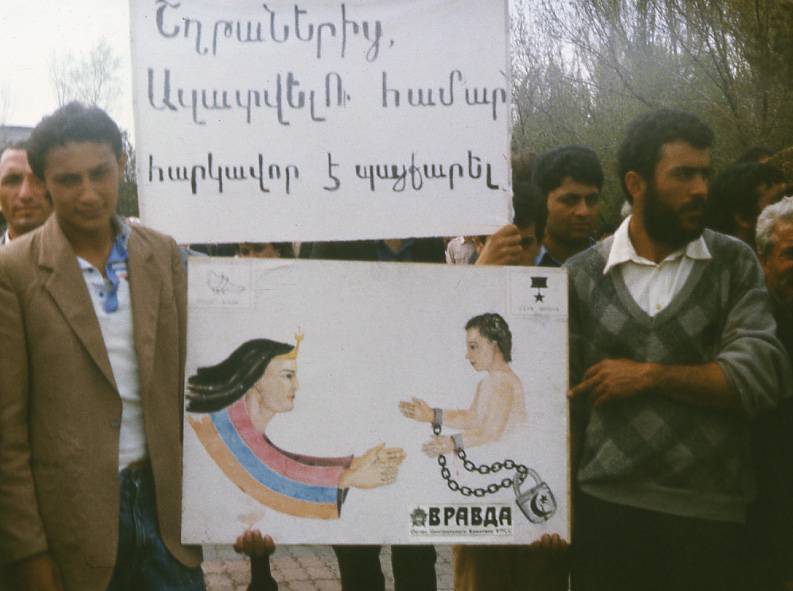 A poster, where the false information reported in “Pravda” is considered a circumstance directly hindering the unification of Mother Armenia and chained child Karabakh: here with the headline font of “Pravda” it was written  “ВРАВДА” which is an artificial word and derivatively is formed from the word “врать” – “to lie” (it can be translated into Armenian as “ստմարտություն”). On the transparent, a part of poster composition, it is written: “You need to fight to get rid of the chains.”  Armenian Genocide Memorial Complex, 24 April 1990. Photo by H. Marutyan.