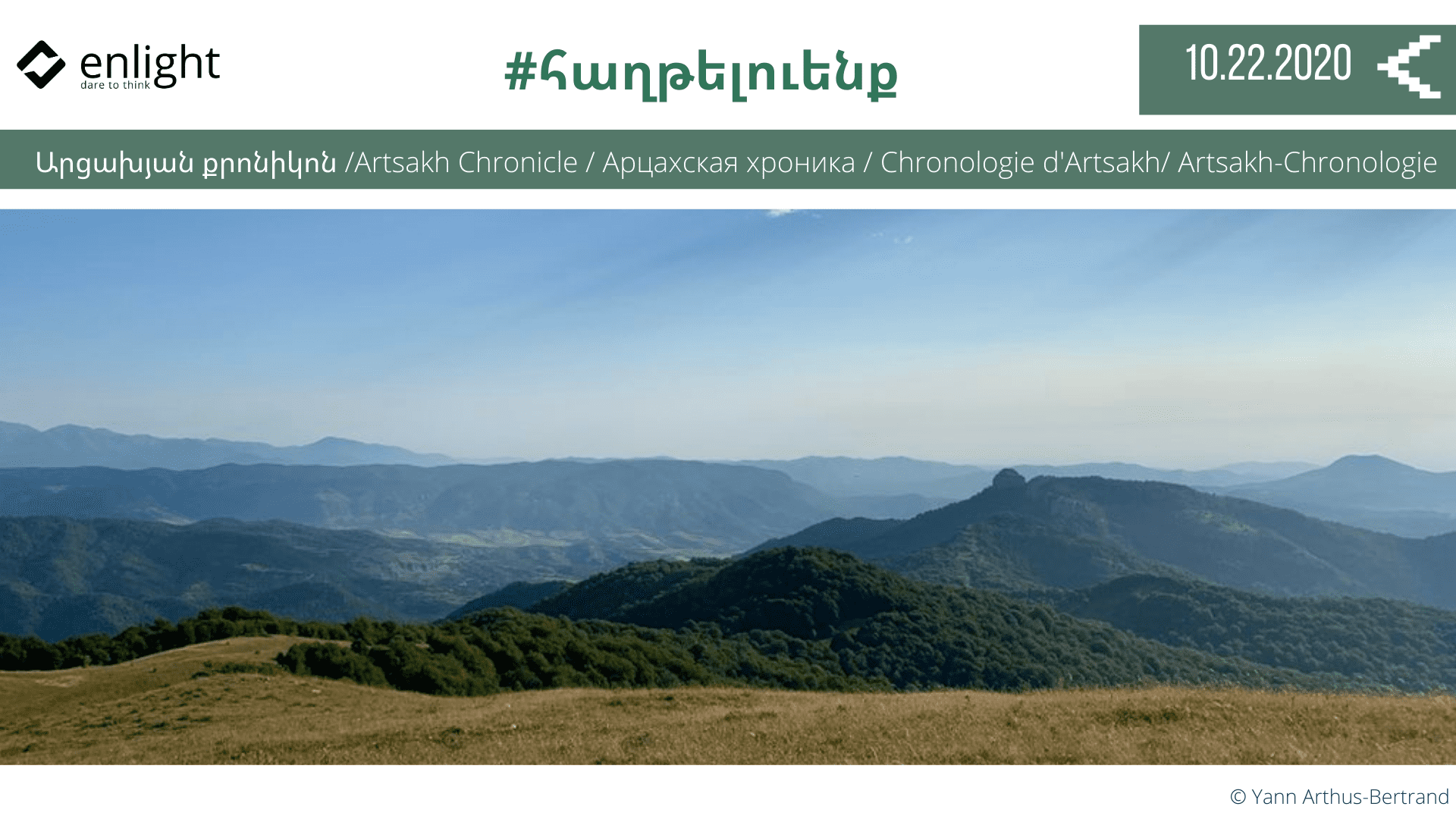 Spokesperson of the President of the Artsakh Republic Vahram Poghosyan

The Military operations keep on taking place actively along the entire frontline. At the moment the Defense Army is fighting heated battles around the villages Shekher and Jivani in the region of Martuni. The enemy has considerable losses of manpower.

Persistent battles continue in different directions. They are mainly local battles. Different groups of the enemy troops are being neutralized.

The situation in the Artsakh-Azerbaijani conflict zone was relatively stable and tense during the night. Artillery battles continued in some areas. Currently, local battles are taking place in all directions of the front line. In addition to the fierce battles, the enemy also carried out subversive incursions in the central direction, which were successfully prevented by the Defense Army units. The units of the Defense Army successfully prevent the hostile intentions to change the operative situation in their favor, and continue to fulfill the combat task set before them.

The night of October 21-22 was relatively calm in the peaceful settlements. At the moment, the enemy is using artillery in the direction of Martuni and the neighbouring villages. There is no information about injured people and damages yet.

During the day, the Martuni and Martakert regions of the Artsakh Republic were again targeted by Azerbaijani aggression. The Azerbaijani armed forces used artillery in the direction of the village of Herher in the same region of Martuni, causing material damage to the civilian population. For the second day in a row, the enemy has been using military aircraft in the direction of the villages near the town of Martakert. There is a lot of significant damage here as well. Fortunately, there were no civilian casualties during the day.