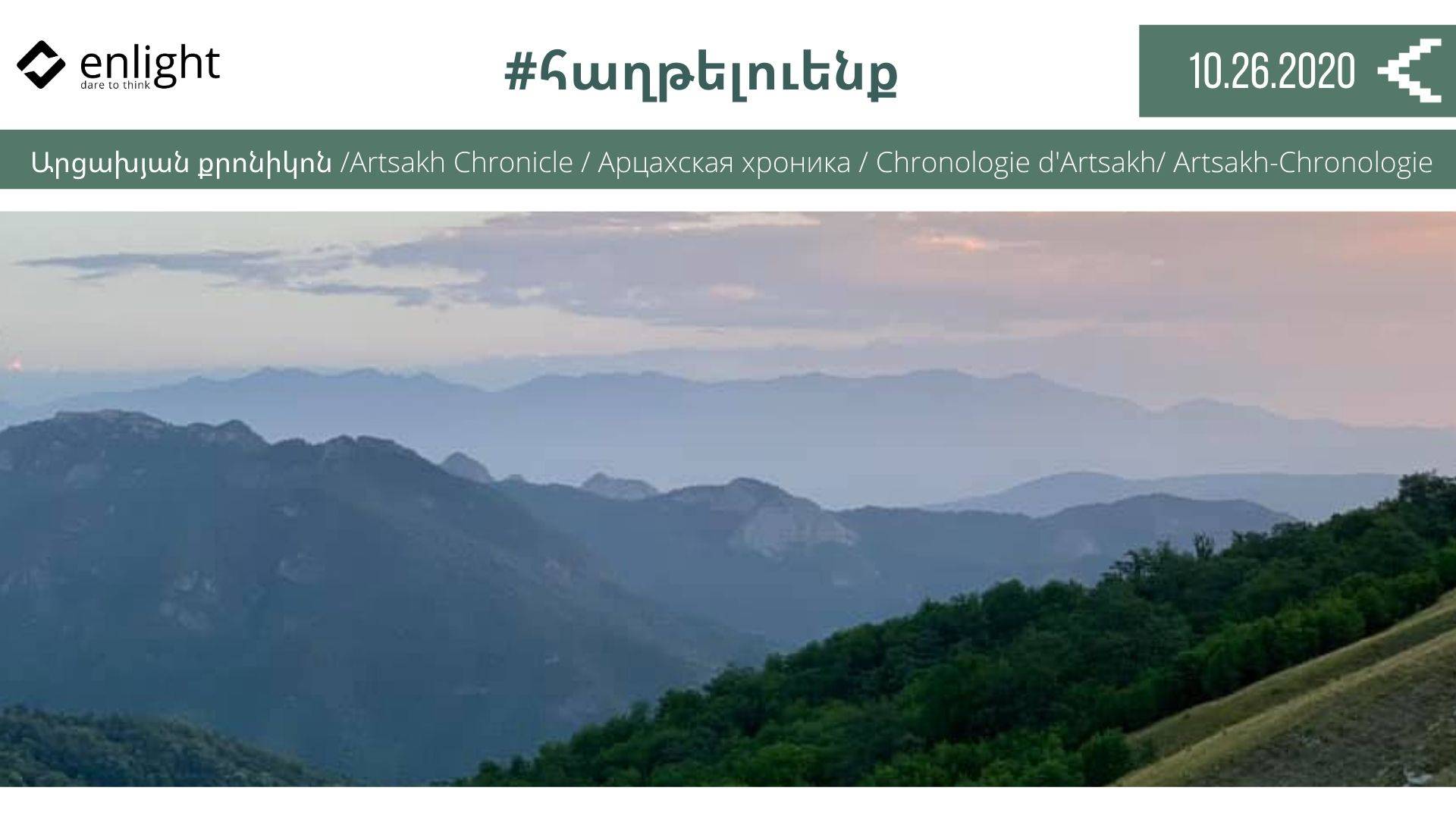 At the moment the enemy forces are shelling the Martuni region, including the city of Martuni, as well as the city of Martakert and the villages of the upper Askeran subregion. A residential house caught fire in the city of Martuni. Rescue operations are being carried out on spot. Other information on losses and casualties is being clarified.

Starting from 17:00 the intensity of the fire along the border of Artsakh has sharply increased. The enemy uses cannon-launched and rocket artillery, including tanks in the direction of the Defense Army positions.

There are heavy battles in the south-east of Artsakh.

Human rights ombudsman of the Republic of Artsakh Artak Beglaryan

An hour ago, in the village of Avetaranots of Askeran region, a civilian, Gevorg Hambadzumyan was killed, and two civilians, Henrikh Adamyan and Andrey Hambardzumyan were wounded in the result of “Smerch” multiple rocket launcher fire.

Despite the ceasefire agreement reached in the United States, Azerbaijani forces launched an offensive in the south-eastern sector, continuing shelling the peaceful settlements as well, Defense Army reports. At approximately 1.50 p.m. the enemy used Smerch MLRS in the direction of Zardarashen village of Artsakh’s Martuni, firing one missile. Defense Army subdivisions are waging defense battles to repel the offensives of the enemy and push them back to starting positions.

Despite several provocations, the ceasefire is generally being maintained. The Armenian side will continue to strictly adhere to the ceasefire regime.

Azerbaijan violated the ceasefire in civilian settlements as well. The Enemy used military aircraft on the city of Martuni some minutes ago, grossly violating the humanitarian ceasefire agreement.

After 8:00 o’clock it has been relatively quiet in the civilian settlements of the Republic of Artsakh. Until now, the humanitarian ceasefire has been maintained in all directions.

The regular ceasefire violation has been recorded at approximately 9.10 a.m. Azerbaijani side targeted positions located in south-eastern direction, firing 5 artillery shells in that direction.

After the ceasefire agreement reached in the USA, which was to come into effect on October 26 at 8:00, the Ministry of Defence of Azerbaijan hastened to accuse the Armenian side of grossly violating the ceasefire before 8:00, but soon after removed that information. Minutes later, the MoD of Azerbaijan spread another misinformation, claiming that the Armenian side attacks Azerbaijani positions in the Southern section with artillery. The Ministry of Defence of the Republic of Artsakh declares that the Defence Army is strictly following the agreements reached and that the accusations by the adversary not only do not correspond to reality but are made in the context of preparing an informational ground for further provocations by Azerbaijan.

As agreed yesterday in Washington DC, with the US mediation, from 08.00 Armenian side will maintain the full ceasefire.