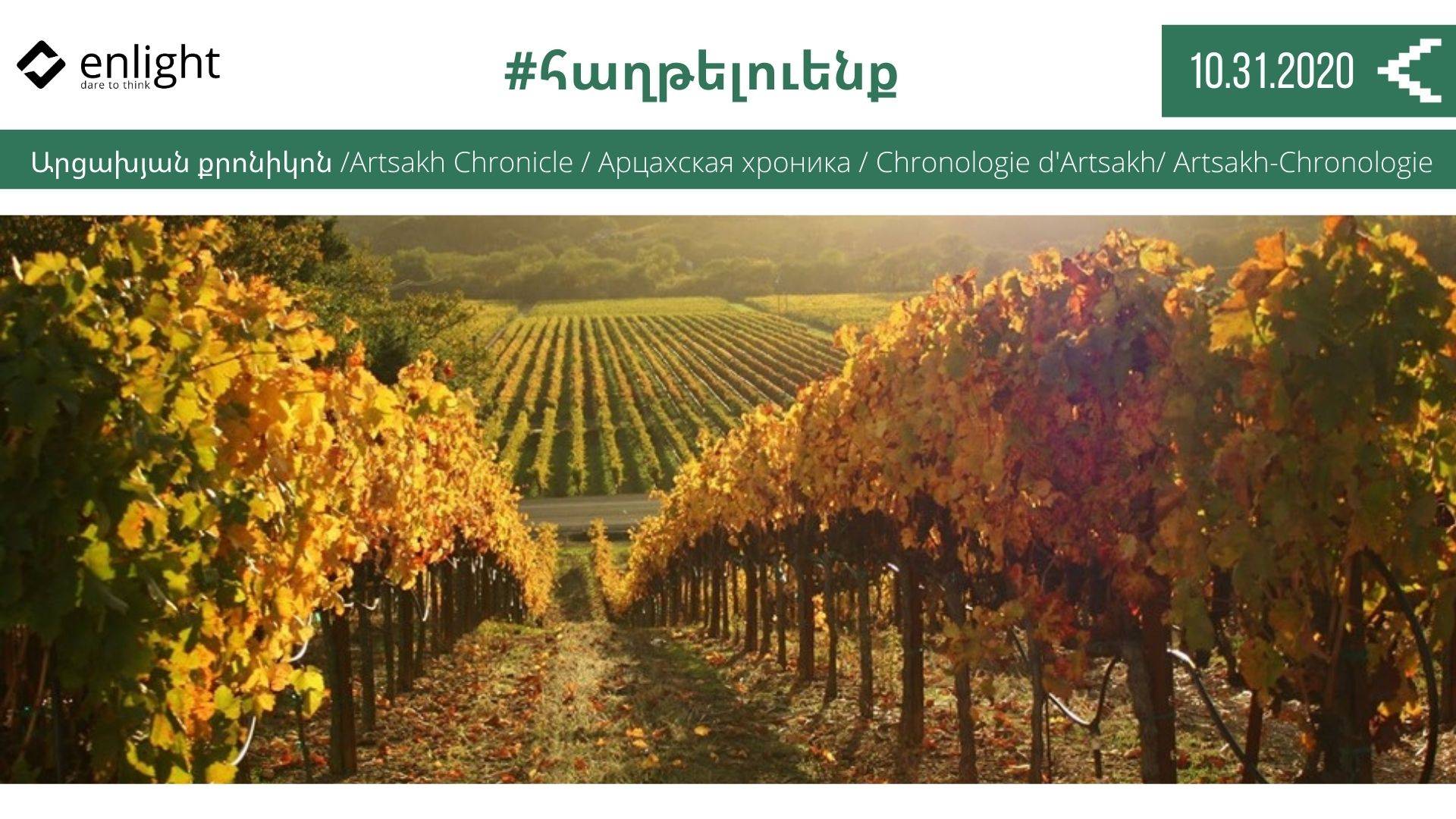 Human Rights Defender of the Republic of Armenia

Objective evidence was published on the Azerbaijani Armed Forces to use ammunition of mass destruction containing chemical elements in Artsakh (Nagorno Karabakh) yesterday and today. According to the information the ammunition contained phosphorus. A number of reports have been released since then certifying that the ammunitions contain other chemicals of mass destruction. Nonetheless, at least the following facts should be highlighted:

Human rights ombudsman of the Republic of Artsakh Artak Beglaryan

Azerbaijan continues targeting civilian settlements in Artsakh – After the meeting mediated by the OSCE Minsk Group Co-chairs and the agreements reached on humanitarian issues, Azerbaijan has been targeting the civilian communities of Artsakh since the morning of October 31. In the morning, the residential areas and the central market of the capital Stepanakert were struck, where no military object is located. The city was severely damaged by missile strikes. The village of Herher in the Martuni region was also shelled, as a result of which one civilian, 59-year-old Apres Adamyan, was killed in his house. The towns of Martuni, Martakert, and Shushi were also struck by artillery and heavy missiles. The data on the civilian victims and material damage are being clarified.

In the morning Stepanakert, in the afternoon the cities of Martuni and Martakert were shelled. Now Shushi is being targeted by various missile systems, fired by the enemy. The data on casualties and damages are being clarified.

After the Artsakh Defense Army presented indisputable facts of the use of phosphorous munitions containing elements of chemical weapons by the enemy forces, the Azerbaijani official circles have bent to the unpromising task of spreading ludicrous and naive statements making futile efforts in their quest to come off clear.

Azerbaijani side used phosphorus munitions. The usage of such weapons, which do not allow to clearly distinguish between military and civilian facilities, are also a cause for environmental disaster and possible human losses, and are war crimes.

The adversary, breaching the agreements, reached in Genève, shelled Shushi. There are injured among civilian population.

Yesterday, on October 30, shortly after the meeting of the Foreign Ministers of Armenia and Azerbaijan on the unconditional implementation of the ceasefire agreement, the capital of Artsakh is again awakened by the sounds of enemy missiles.

Today at 7:08 in the morning, explosions were heard in Stepanakert. At the same moment, the air raid alarm was turned on. This time, Azerbaijani forces’ target was the city’s central market. A part of the infrastructure of public importance was destroyed, the civilian population suffered enormous material damage. The next explosion destroyed a residential house with all the property. The adjoining apartments were partially damaged. According to preliminary data, there are no casualties. On the night of October 30-31, the situation in the capital and in the regions was relatively calm.

Overnight, recon and fire-fights continued in areas where Azeri guns were deployed. One Azeri vehicle loaded with ammunition was destroyed. The alignment of forces in all directions of the front remained unchanged. The Defence Army conducted successful defensive battles in the north-eastern, south-south-western directions. One Azeri tank, 1 infantry fighting vehicle and 5 drones were hit by our troops.